Konami is working on yet another Yu-Gi-Oh! game for Nintendo’s GBA handheld. 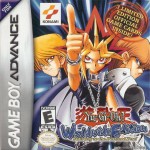 Konami has announced that it’s currently working on another Yu-Gi-Oh! game for the Game Boy Advance, called Yu-Gi-Oh! Worldwide Edition: Stairway to the Destined Duel.

The game will feature the updated rule set from the Yu-Gi-Oh! card game as well as 1000 game cards. In addition, this will be the first game in the series to feature a single-player adventure mode where players can visit different cities and interact with different characters.

Yu-Gi-Oh! Worldwide Edition: Stairway to the Destined Duel is scheduled for release in April 2003.