Back by popular demand, the 2015 Mega-Tins deliver a fantastic compilation of cards, featuring cards taken from a year’s worth of booster sets, several brand-new cards, and a handful of valuable variant cards – making this a set that is perfect for both beginning players and for seasoned Duelists.

Two cool Tin designs will be available for players, one featuring Odd-Eyes Pendulum Dragon and the other featuring Dark Rebellion Xyz Dragon. Both monsters are from the newest generation of the Yu-Gi-Oh! TV series, Yu-Gi-Oh! ARC-V, and are each available in their respective Tins as a valuable Platinum Secret Rare! 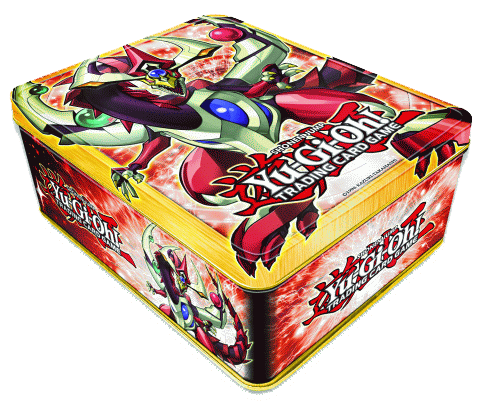 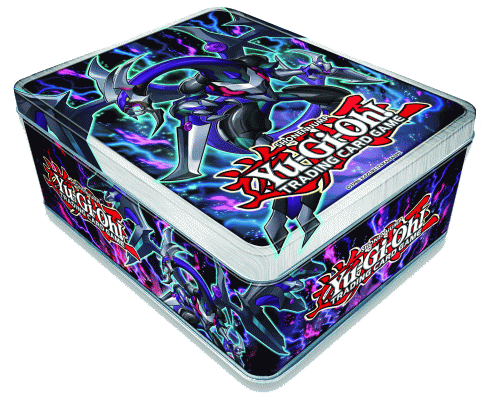 This will be the only Tin release this year so Duelists will want to get both designs before they sell-out. Each Tin will be available at retailers nationwide for $19.99 MSRP. Each Tin is sold separately.

Duelists can watch all-new Yu-Gi-Oh! ZEXAL episodes every Tuesday as well as all of classic Yu-Gi-Oh!, Yu-Gi-Oh! GX, and Yu-Gi-Oh! 5D’s on http://www.yugioh.com in the United States.

In addition, Yu-Gi-Oh! ZEXAL airs Saturday mornings on Nicktoons from 10-11. In Canada, Duelists can watch episodes of Yu-Gi-Oh! ARC-V every Friday and Saturday on Teletoon!