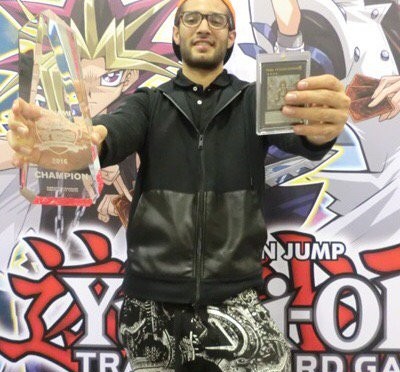 We have the official press release highlighting Jose Lagunes and Dawson Mcgaha’s big win at YCS Atanta this past weekend. 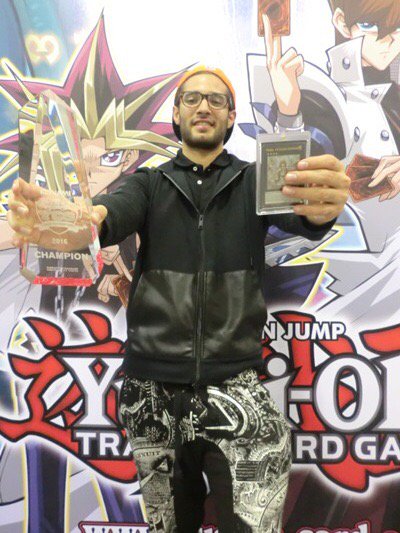 During this two-day premier level event, presented by Konami Digital Entertainment, Inc. (KONAMI), players of every age and ability showed off their impressive Dueling skills round after round. However, it was Lagunes from Veracruz, Mexico that excelled during the tournament with his Performapal Performages Deck and Dueled his way into Sunday’s Single Elimination. Then, after several rounds of Single Elimination, it came down to a nail-biting playoff with Thomas Rowe from Cleveland, Ohio also playing a Performapal Perfomages Deck.  Lagunes’ superior strategy and decision-making was just the right combination to earn him the title of YCS Atlanta Champion.

In addition to the title of YCS Champion, Lagunes returned home with a stellar set of prizes that included a YCS Championship Trophy, an Ultra Rare YCS Minerva, the Exalted Lightsworn Prize Card, a PlayStation®4 computer entertainment system, and an invitation and paid travel to his 2016 World Championship Qualifier (WCQ) tournament! 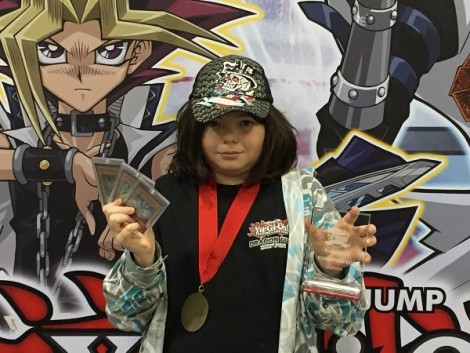 The Dragon Duel Championship, an event for Duelists born in 2003 or later, was no less exciting as Mentone, Alabama’s McGaha used his Sealed Deck then switched to his own Monarch Deck in the finals.  He had all the right moves to beat his older brother, Dylan McGaha, who also played a Monarch Deck in their head-to-head playoff.  Dawson picked up some great prizes too, including a Dragon Duel Championship trophy, a 2016 Regional Game Mat, a Dragon Duel Medal, a Regional Deck Box, a Super Rare set of the YCS Darklord Prize Cards, and an invitation to the 2016 Dragon Duel World Championship Qualifier tournament to be held during his WCQ.

Duelists can watch all-new Yu-Gi-Oh! ZEXAL episodes every Tuesday as well as all of classic Yu-Gi-Oh!, Yu-Gi-Oh! GX, and Yu-Gi-Oh! 5D’s on www.yugioh.com in the United States. In Canada, Duelists can watch episodes of Yu-Gi-Oh! ARC-V every Friday and Saturday on Teletoon! For more information on KONAMI or the Yu-Gi-Oh! TRADING CARD GAME, please visit www.yugioh-card.com or call 310-220-8630 to speak directly with a Yu-Gi-Oh! customer support team member.