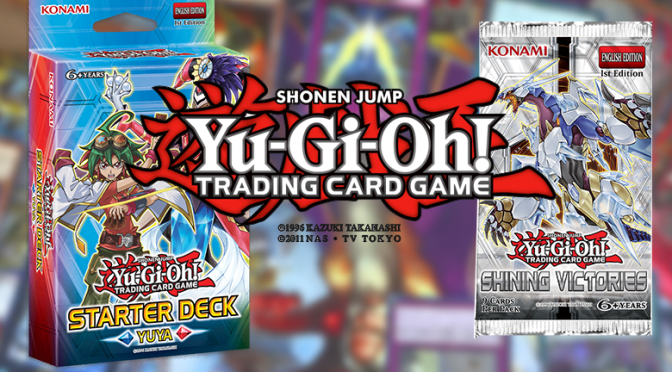 Spring has sprung! It’s time to talk about the new May 2016 Yu-Gi-Oh! TRADING CARD GAME products.

THE Yu-Gi-Oh! TRADING CARD GAME IS IN FULL BLOOM THIS SPRING WITH TWO NEW MAY PRODUCTS

The first product to land on store shelves is Shining Victories, the latest Yu-Gi-Oh! TCG core booster set, on May 6. Appealing to veteran and novice players alike, Shining Victories is a 100-card set with brand-new Deck themes such as Lunalight, Digital Bug, and Amorphage Dragons, and marks the return of Blue-Eyes and a plethora of specially crafted Blue-Eyes monsters and support cards! 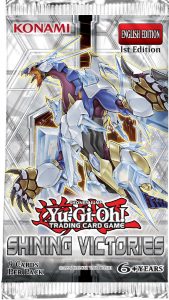 Plus, Duelists that specialize in Kozmo or Performapal Decks will be excited to add Kozmo Dark Planet or Performapal Odd-Eyes Light Phoenix along with other newly added cards like Crystal Wing Synchro Dragon or Red-Eyes Toon Dragon to add to their current card portfolio arsenal.

Players wanting to get their hands on cards early can attend a Sneak Peek scheduled for April 31 and/or May 1 at participating Official Tournament Stores.  MSRP: $3.99 per Pack.

Next is Starter Deck – Yuya releasing on May 27. Designed to teach new Duelists how to Duel, Starter Deck – Yuya is a pre-constructed Performapal-themed Deck right out of the box, making it the perfect way for new Duelists to be introduced to the Yu-Gi-Oh! TCG. Fans will be delighted to Duel with cards used and inspired by Yuya, the main protagonist in the newest generation of the Yu-Gi-Oh! manga and animated series, Yu-Gi-Oh! ARC-V. 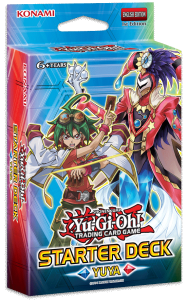 In addition to popular cards such as Lightning Vortex, Book of Moon, and Pendulum Reborn, Starter Deck – Yuya also includes 10 brand-new cards like Performapal Sleight Hand Magician, in addition to three special Token cards, making it an exciting product for all Duelists to own. Each Starter Deck – Yuya consists of a 40-card ready-to-play Deck and three Token cards. MSRP: $9.99 per Deck.