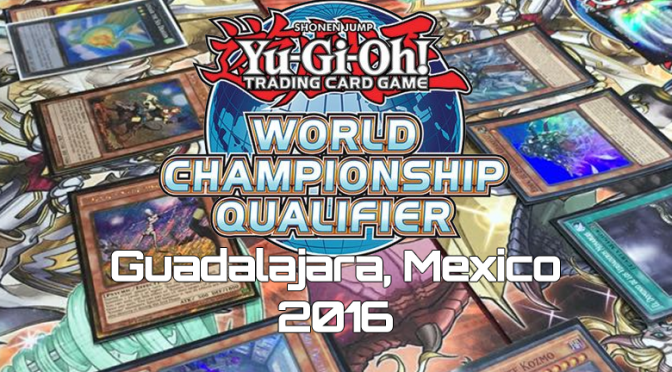 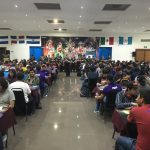 Hailing from Pachuca, Mexico, Aguilar played smartly all the way to the Final Round, perfectly playing a Brilliant Monarch Deck, making Ricardo Ruiz from Oaxaca, Mexico match him card draw to card draw. Though Ruiz expertly used his best strategy with his Fire Kings Kozmo Deck, in the end, he could not compete with Aguilar’s playing ability. 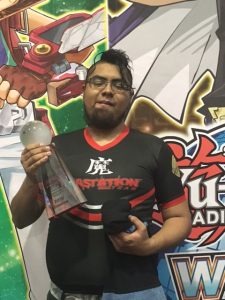 The Central American Dragon Duel WCQ, an event for Duelists born in 2003 or later, was equally thrilling to watch as Monterrey, Mexico’s Ronaldo Sierra used his Domain Monarch Deck. He had the right combination of skill and strategy to oust Daniel Coronel from Guadalajara, Mexico, who played a Kozmo Deck in their head-to-head playoff final. 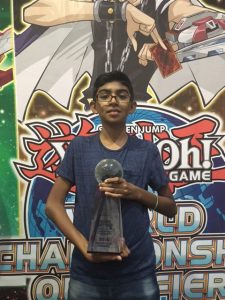 Sierra picked up some great prizes too, including: an Invitation to the World Championship, travel and accommodations to the World Championship, complete sets of Breakers of Shadow and Shining Victories, a Super Rare copy of the YCS Prize Card, 64GB iPad, WCQ Top Cut Dragon Duel Game Mat, a Championship Trophy, and a personalized jersey (to be awarded at the World Championship).Duelists can watch a new episode of Yu-Gi-Oh! Arc-V every Sunday on Nicktoons – check local listings for times. In addition, all-new Yu-Gi-Oh! Zexal episodes every Tuesday as well as all of classic Yu-Gi-Oh!, Yu-Gi-Oh! GX, and Yu-Gi-Oh! 5D’s can be seen on www.yugioh.com in the United States. In Canada, Duelists can watch episodes of Yu-Gi-Oh! Arc-V every Friday and Saturday on Teletoon! For more information on KONAMI or the Yu-Gi-Oh! TRADING CARD GAME, please visit www.yugioh-card.com or call 310-220-8630 to speak directly with a Yu-Gi-Oh! customer support team member.About The Yu-Gi-Oh! TCG
The Yu-Gi-Oh! TRADING CARD GAME is the #1 trading card game in the world with over 25 billion cards sold. It is a game of strategy, where players create individual Decks of cards collected from Structure Decks and Booster Packs. Two players engage in a Duel while using cards that represent powerful monsters, magical Spells and surprising Traps. Duelists with well-constructed Decks, dominating monsters, solid strategy and good fortune are the victors in the Yu-Gi-Oh! TCG. Konami Digital Entertainment, Inc. is the exclusive licensee and rights holder to the Yu-Gi-Oh! TCG in North America and Latin America.

About KONAMI
KONAMI is a leading developer, publisher and manufacturer of electronic entertainment properties and traditional trading card games. KONAMI‘s software titles include the popular franchises Metal Gear Solid, Silent Hill, DanceDanceRevolution and Castlevania, among other top sellers. KONAMI is also the manufacturer of the wildly popular Yu-Gi-Oh! TRADING CARD GAME, which has sold more than 25 billion cards worldwide. The latest information about KONAMI can be found on the Web at www.konami.com. KONAMI HOLDINGS CORPORATION is a publicly traded company based in Tokyo, Japan with subsidiaries, Konami Digital Entertainment Co., Ltd. in Tokyo, Japan, Konami Digital Entertainment, Inc. in the United States and Konami Digital Entertainment B.V. in Windsor, the United Kingdom. Details of the products published by KONAMI can be found at www.konami.com.