LINK SUMMONING KICKS OFF A NEW ERA OF DUELING IN THE Yu-Gi-Oh! TRADING CARD GAME!

El Segundo, Calif. (July 25, 2017) – Link Monsters arrive at full power and the best cards from the year in Dueling return, as two groundbreaking releases from Konami Digital Entertainment, Inc. (KONAMI) usher in a new age of competition for the Yu-Gi-Oh! TRADING CARD GAME (TCG) – Code of the Duelist and the 2017 Mega-Tins.

Summoning goes digital!  New Fusions, Rituals, Synchros, Pendulums, and Xyz Monsters are joined by Link Monsters in Code of the Duelist, kicking off a new era of competition that challenges Duelists to consider not just which cards they play on the field, but where they play them. 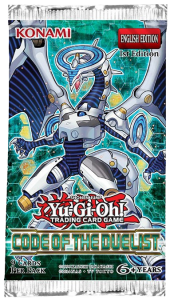 New Link Monsters headline the release: Gouki the Great Ogre uses your opponent’s Defense Points against them; Missus Radiant boosts your EARTH monsters and rescues them from the Graveyard; Firewall Dragon works with other Link Monsters to recycle your best plays; Topologic Bomber Dragon turns your opponent’s attack power against them; and a new tribe of Link Monsters, the Star Chalice, can be played in almost any Deck, doing everything from destroying the monsters they Link with, to loading up your Graveyard. 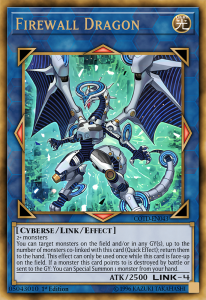 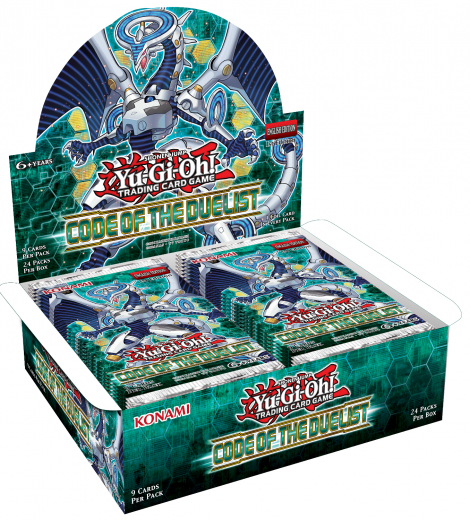 And then it’s time for one of the most exciting releases of the Dueling year! The 2017 Mega-Tins give Duelists a second chance to collect some of the biggest cards from Shining Victories, 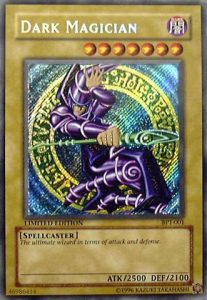 The Dark Illusion, Invasion: Vengeance and Raging Tempest in one of two Tin designs featuring brand-new art, one of Yugi Muto & Yami Yugi, and the other of Seto Kaiba. Each Tin has three 16-card Mega-Packs with 1 Secret Rare, 1 Ultra Rare and 1 Super Rare, presenting some of the game’s newest classics in their original rarities. The Yugi Muto & Yami Yugi Mega-Tin comes with a Secret Rare Dark Magician as well as Super Rares of the Field Spell Dreamland, and the Rank 3 Xyz-reviving powerhouse Number 71: Rebarian Shark. The Seto Kaiba Mega-Tin comes with a Secret Rare Blue-Eyes White Dragon plus Super Rare copies of the Fusion Monster Elder Entity N’tss, and the Graveyard-dominating Xyz Monster Number 68: Sanaphond the Sky Prison. 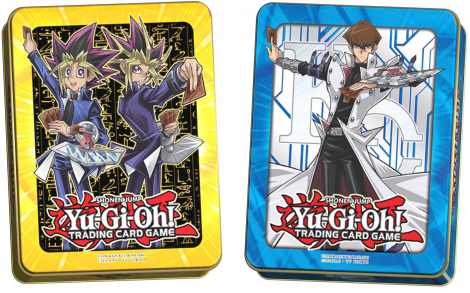 Both Tins also include an Ultra Rare Token Card specific to each Tin. Plus all Tins have Ultra Rares of the wickedly versatile new Link Monster Proxy Dragon and Pot of Desires – the mega-powerful draw card that’s become one of the most-played Spells of all time.

Duelists can now watch episodes of the exciting new Yu-Gi-Oh! animated series, Yu-Gi-Oh VRAINS, available subtitled on Crunchyroll. The series will be simulcast with a new episode available one hour after it is broadcast in Japan, at 6:25AM EST (Simulcast currently available in the US and Latin America). Watch here: http://www.crunchyroll.com/yu-gi-oh-vrains!

About KONAMI
KONAMI is a leading developer, publisher and manufacturer of electronic entertainment properties and traditional trading card games. KONAMI’s software titles include the popular franchises Metal Gear Solid, Silent Hill, DanceDanceRevolution and Castlevania, among other top sellers. KONAMI is also the manufacturer of the wildly popular Yu-Gi-Oh! TRADING CARD GAME, which has sold more than 25 billion cards worldwide. The latest information about KONAMI can be found on the Web at www.konami.com.
KONAMI HOLDINGS CORPORATION is a publicly traded company based in Tokyo, Japan with subsidiaries, Konami Digital Entertainment Co., Ltd. in Tokyo, Japan, Konami Digital Entertainment, Inc. in the United States and Konami Digital Entertainment B.V. in Windsor, the United Kingdom. Details of the products published by KONAMI can be found at www.konami.com.