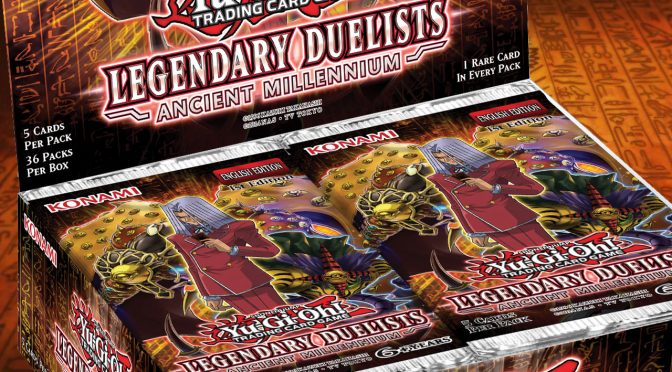 This winter, Duelist can take a walk on the dark side with Legendary Duelists: Ancient Millennium, available starting Friday, Feb. 23, featuring brand-new cards inspired by some of the most villainous Duelists to grace TV screens. 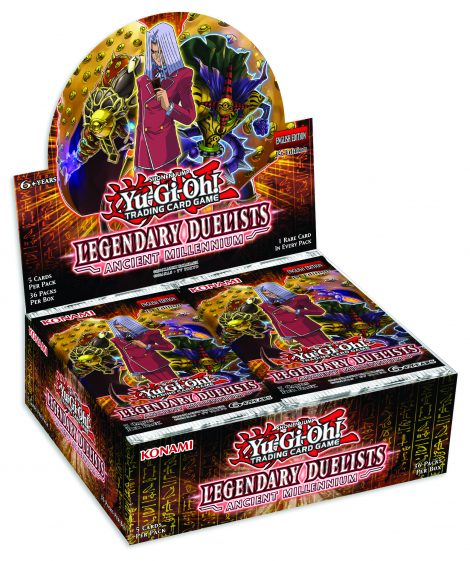 The enigmatic creator of Duel Monsters, Maximillion Pegasus, lured Yugi to Duelist Kingdom in a bid to defeat him and complete a corporate takeover! In their climactic Duel, Pegasus dropped his cartoonish façade and unleashed the true power of his Deck: the monster devouring Thousand-Eyes Restrict! Legendary Duelists: Ancient Millennium offers upgrades to some of Pegasus’ most terrifying monsters like Thousand-Eyes Restrict and Illusionist Faceless Mage.

There’s no low the morally bankrupt Weevil Underwood wouldn’t stoop to if it would give him an edge over the competition! Whether he’s throwing Yugi’s Exodia cards into the ocean or sneaking copies of Parasite Paracide into Joey’s Deck, Duelists love to hate the master of insects. Now his strategies have evolved once again in Legendary Duelists: Ancient Millennium, featuring a new parasite card, a mutated version of the Insect Queen, and a heavily armored and upgraded Cocoon of Evolution!

Bandit Keith believed in creating his own luck, largely by lying, cheating, and stealing his way to the top of the Duelist Kingdom rankings. His powerful Barrel Dragon nearly knocked Joey out of the tournament, and in Legendary Duelists: Ancient Millennium, there’s a new model that can eliminate up to 3 cards per turn if luck is on your side! You can also make a little luck of your own with a card that can change all your coin toss results to “heads” when you use an effect that requires 2 or more coin tosses.