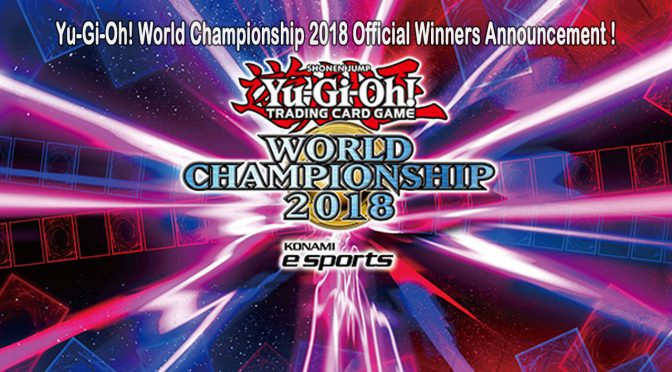 As we noted previously, we will post the the official press release for the Yu-Gi-Oh! TCG World Championship winner when we received it…

Here is the full press release:

Held every year since 2003, the Yu-Gi-Oh! World Championship is a tournament for “Yu-Gi-Oh! Official Card Game,” and from last year, the competition also includes a division for mobile title “Yu-Gi-Oh! DUEL LINKS.” Over 2.6 million Duelists competed in regional qualifying rounds around the world, and the 55 winners gathered to battle it out in the heated finals.

The second competition was the mobile title “Yu-Gi-Oh! DUEL LINKS” World Championship Division, which had the most qualifying round participants. The 15 Duelists who came out on top in that round of competition dueled once again, with Takahiro Hamada (Japan) emerging as the division’s champion.

The climax of the event was the “Yu-Gi-Oh! Official Card Game” World Championship Division (general division). The 28 high-level Duelists who participated were from Japan, South Korea, Malaysia, Taiwan, Canada, the United States, Mexico, Peru, Panama, the United Kingdom, Italy, France, Germany, and Australia. In the end, Wang Chia Ching (Taiwan) was the victor.

Approximately 3,000 people, selected by lottery, came to watch the proceedings. In addition, the event was streamed online, and attracted many views from around the world.

KONAMI will continue to offer ever more consumers fun and exciting experiences through eSports initiatives. 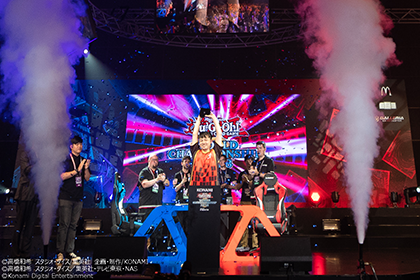 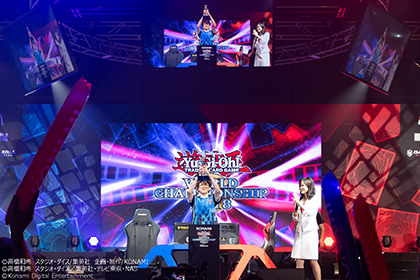 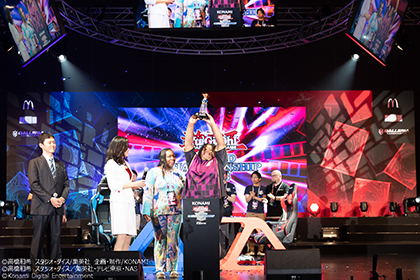 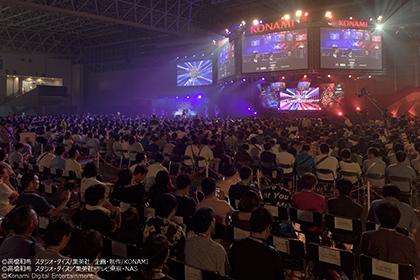 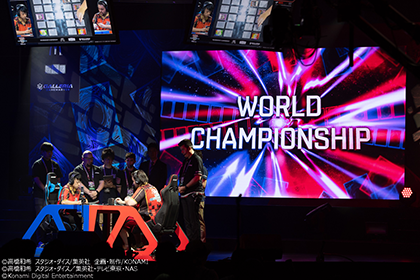 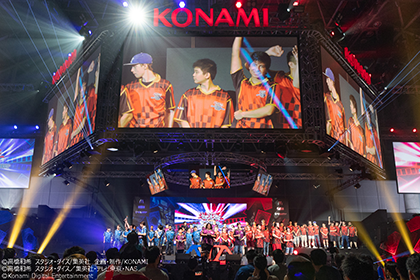 All 55 veteran Duelists from around the world

Yu-Gi-Oh! is a popular manga (created by Kazuki Takahashi) serialized in Shueisha Inc.’s Weekly Shonen Jump magazine since 1996. Since 1998, Konami Digital Entertainment has released Yu-Gi-Oh! games for consoles. It has also released a trading card game since 1999. Both the games and the trading card game are enjoyed by countless fans around the world.

A competitive card game based on both the manga Yu-Gi-Oh! (created by Kazuki Takahashi), serialized in Shueisha Inc.’s Weekly Shonen Jump magazine since 1996, as well as the subsequent Yu-Gi-Oh! anime series.

A mobile game that takes the fun of “Yu-Gi-Oh! Official Card Game” and optimizes it for smartphones. With tutorials, even beginners can jump right into battles (duels) and start having fun, while online battles enable players to compete against friends or others around the globe anytime and anywhere. To date, the game has been downloaded over 45 million times, and is enjoyed by players throughout the world.