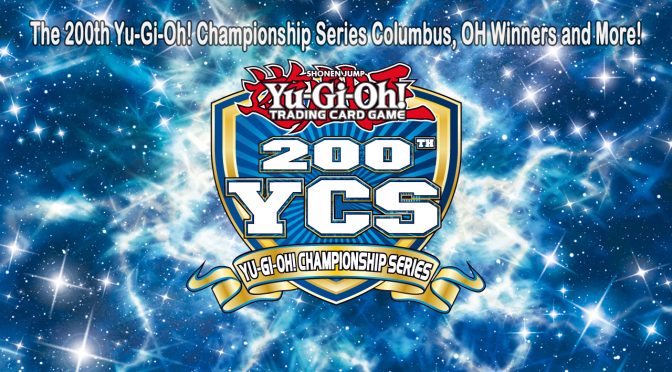 It was time to Duel around the world!

There have been 199 Yu-Gi-Oh! Championship Series events completed in the history of the Yu-Gi-Oh! TRADING CARD GAME, and this weekend marks the 200th! This special YCS event is being held in three locations across the world: Mexico City, Mexico; Utrecht, Netherlands; and right here in the USA at Columbus, Ohio! “New” is the theme of the weekend, as Duelists compete in the new Advanced Format for a new prize card, with amazing new rewards available to all Duelists. There’s a new Yu-Gi-Oh! die that Duelists received for pre-registering; there’s a new 200th YCS exclusive Game Mat and Field Center Card that Duelists got for competing; there’s a new top cut Game Mat exclusive to the 200th YCS for Duelists who make it to the end; and a new prize card, Chaos Emperor, the Dragon of Armageddon, for Duelists who make it to the top. There’s also a new Win-A-Mat prize for this weekend, and a new Yu-Gi-Oh! coin, available to top competitors in the new Duel Links Public Events. In addition, there’s a new “prize wall” set up, with a bunch of cool prizes that can be won by earning tickets from competing in Public Events. 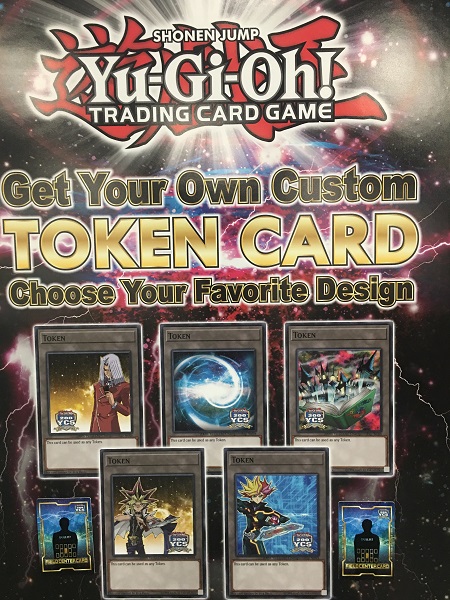 Thousands of players across the world are competing in the first YCS of the new Advanced Format, and all eyes are on them to see which Duelists and which Decks succeed. The new Forbidden & Limited List, which went into effect this past Monday, heavily shook up the top Decks by shifting M-X-Saber Invoker and Knightmare Goblin to Forbidden status. Other significant changes, including Elemental HERO Stratos, Morphing Jar, Card Destruction, Super Polymerization, and Evilswarm Exciton Knight being removed from the Forbidden List and restored to Limited status, are also expected to have a big impact this weekend.

2774 Duelists have gathered in Columbus, Ohio to participate in this milestone event. The competition will be fierce, and only the strongest Duelists will be able to succeed this weekend…

200th YCS Columbus: And the Winner is…

It all comes down to this! Manav Dawar (Sky Striker deck) went up against Daniel Ramirez Medina (Dark Gouki deck) on Sunday. Congratulations to Manav Dawar and his Sky Striker Deck for taking first place in a field of 2,774 Duelists at the 200th YCS Columbus and earning the title of YCS Champion! 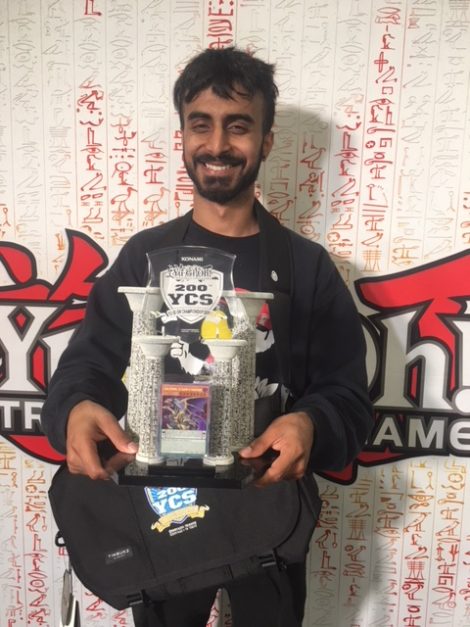 Check out SimplySlimYGO’s deck profile with Dawar after his YCS 200 victory to learn more about the cards that put him over the top.

The Dragon Duel Championship had been happening alongside the main tournament, specifically designed for players born after 2006 (meaning you need to be 12 and under to complete). It may not be as big as the other tournament, but it definitely has some top-level players competing for the championship all the same.

The last two challenges at the end of the day were Aiden Claros coming in clean with his Dark Gouki Deck facing off against Michael Monk who brought in a strong Invoked Deck. 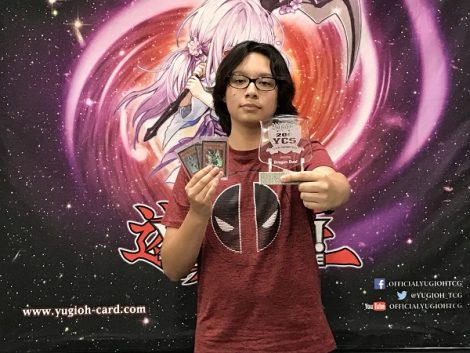 Congratulations to the champion of this weekend’s Dragon Duel, Aiden Claros!

Congratulations to the winner of the Public Event Playoffs for most Points earned at Public Events this weekend! 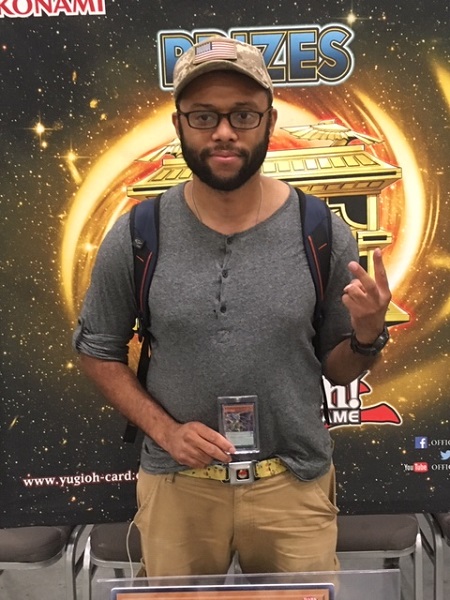 Bryce Goddard won his copy of the new YCS Prize Card Chaos Emperor, the Dragon of Armageddon with a Sky Striker Deck!

Congratulations to the winner of the Public Event Playoffs for randomly selected players in Public Events this weekend! 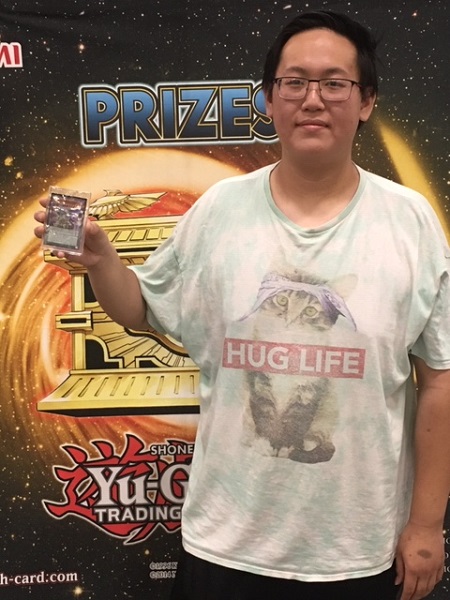 Lijie Deng won his copy of the new YCS Prize Card Chaos Emperor, the Dragon of Armageddon with a Sky Striker Deck!

Congratulations to our Top 4 finishers in Sunday’s Duel Links tournament!

Congratulations to the Finalists in the first-ever Duel Links Public Event!

ATTACK OF THE GIANT CARD!! Winners

Congratulations to the winners of the Sunday ATTACK OF THE GIANT CARD!! tournament!

Congratulations to the winners of the Saturday ATTACK OF THE GIANT CARD!! tournament!