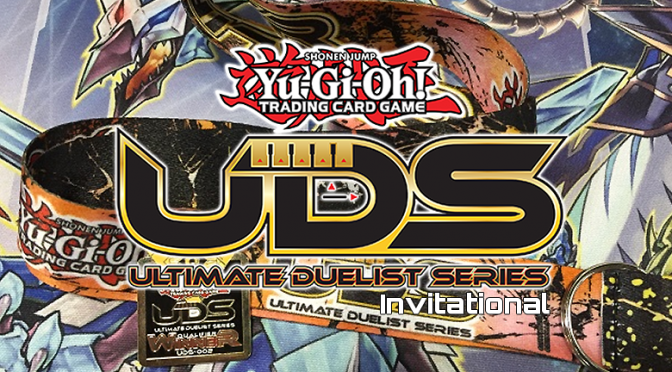 The next Ultimate Duelist Series Invitational will take place in Tulsa, OK on February 14th – 16th, 2020!

The Ultimate Duelist Series (UDS) is another exciting tournament that now takes place from Friday to Sunday. Duelists who have earned at least 100 UDS points from playing in various Tier 2 or higher events or UDS Qualifiers gather to compete to find our next Champion to win the coveted UDS Championship Belt! The UDS Belt grants the Champion free entry to Tier 2 events, such as Regionals, and VIP status at YCS events.

In addition to the main Invitational tournament, there are numerous Public Events, including tournaments specifically for Duelists born in 2006 or later, and Regional Qualifier tournaments. Competitive or casual, there is something for everyone to do at an Ultimate Duelist Series Invitational.

The Ultimate Duelist Series Invitationals host Public Events on Friday! Are you just a little short of the 100 UDS Points you need to enter? Or are you trying to reach even more points to gain a one (1) round BYE or redeem points for pins and medals? Then you can enter in UDS Qualifier events on Friday and grind your way to the points you need! Already got plenty of UDS Points? There will be other Public Events to play in. Look at the Public Event Schedule link below to see what’s available!