Konami has recently released details about the upcoming winter tournament season, that will kick off the weekend of October 19-20 with the Ultimate Duelist Series Invitational Central America 2019! Soon after, Duelists will have the chance to compete at a couple of Yu-Gi-Oh! Championship Series (YCS) tournaments, beginning with the TEAM YCS the weekend of November 2-3 in Lima, Peru followed by YCS Pasadena, CA, the weekend of November 23-24 at the Pasadena Convention Center.

We have the full press release below with additional details specific to each tournament event.

GET READY FOR CHAMPIONSHIP ACTION THIS WINTER IN THE Yu-Gi-Oh! TRADING CARD GAME!

El Segundo, Calif. (October 10, 2019) – The tournament season is in full swing in the Yu-Gi-Oh! TRADING CARD GAME (TCG), and Konami Digital Entertainment, Inc. (KONAMI) is excited to invite Duelists to three different Championship competitions this Winter! First, the latest Invitational tournament in the Ultimate Duelist Series (UDS) will bring some of the world’s greatest star Duelists to Panama City for a chance to capture one of the most sought-after prizes in Dueling today: the Ultimate Duelist Championship Title Belt! From there the Yu-Gi-Oh! Championship Series (YCS) will return to Lima, Peru, this time with a twist – a TEAM YCS throwdown! Grab two friends and get ready to Duel like never before as Championship Team Dueling debuts in South America! And finally, YCS action comes back to Southern California with YCS Pasadena, finishing the year with what’s sure to be a massive tournament of epic proportions!

For those Duelists competing in a UDS or YCS tournament, the stakes are always high, competing with hundreds of other Duelists for glory, greatness, and a whole lot of gear and goods! Prizes like exclusive Yu-Gi-Oh! merchandise, premium video gaming systems and paid travel to future events are all on the table; YCS Pasadena will also offer Duelists a chance to claim the new Championship Prize Card Link Monster: Duel Link Dragon, the Duel Dragon. 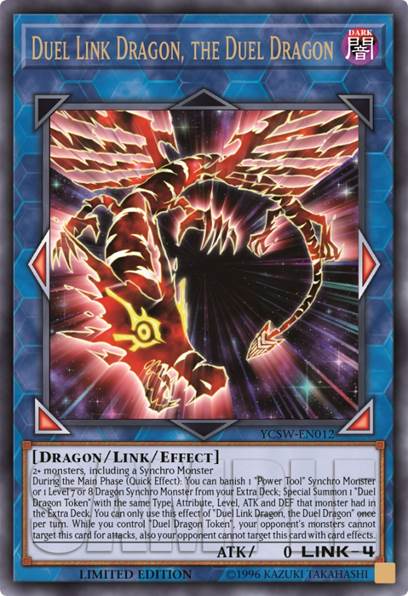 The first stop is Panama City for the Ultimate Duelist Series Invitational Central America 2019. As is customary in the prestigious Ultimate Duelist Series, competitors work year-round to earn a minimum of 100 UDS Points by participating in Tier 2 and Tier 3 events like Regional Qualifiers, Dragon Duels, and YCS tournaments. They can then use their UDS Points to redeem their entry into the main event and compete for the title of Ultimate Duelist… and the honor of wearing the Ultimate Duelist Championship Title Belt! The Ultimate accolade awaits one dedicated player in Panama City, and the winner will claim a wealth of exclusive prizes plus VIP status at Championships for the rest of their Dueling career. Count your points and get ready to take your shot, because it all goes down on October 19! 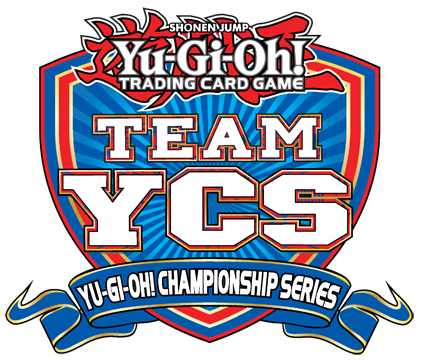 Duelists demanded it and now it’s back: Championship Team Dueling arrives in South America for the first time ever at TEAM YCS Lima! The last spotlight event of the year for the Latin American Dueling scene, the TEAM YCS is bound to be an explosive tournament that won’t just test your skill as a Duelist, but your friends’ as well. Grab two of your most trusted companions, plan your strategies and get ready for the only format where you can trade tips and help your buds right in the middle of your match! TEAM YCS Lima also marks the Championship debut of the Chaos Impact booster set. The Centro de Conventions Maria Angola in Miraflores Peru will host TEAM YCS Lima on the weekend of November 2.

And finally, Dueling action returns to the United States with the final North American YCS tournament of the year, slated for one of the biggest Dueling hubs in the world: Southern California. California Championships always draw record-shattering crowds and this time hundreds of eager Duelists will gather at the Pasadena Convention Center for a weekend-long celebration of everything Yu-Gi-Oh! has to offer. It’s going to be an incredible finish to an awesome year of Dueling, and it starts November 23!

For younger Duelists looking to compete against players in their age bracket, each of these events will host two Dragon Duel tournaments on Saturday and Sunday, for Duelists born 2006 or later. These tournaments will be played in the Advanced Constructed Format, and both Dragon Duel tournaments each weekend will award invitations to the 2020 Dragon Duel World Championship Qualifier based on attendance. The winning Dragon Duelist from Saturday will compete against Sunday’s Dragon Duel winner in a best-of-3 Match, again played with their Advanced Format Constructed Decks. The winner will commemorate their victory with a Dragon Duel Championship Trophy, a Super Rare set of the “Darklord” YCS Prize Cards and will earn the title of YCS Dragon Duel Champion!