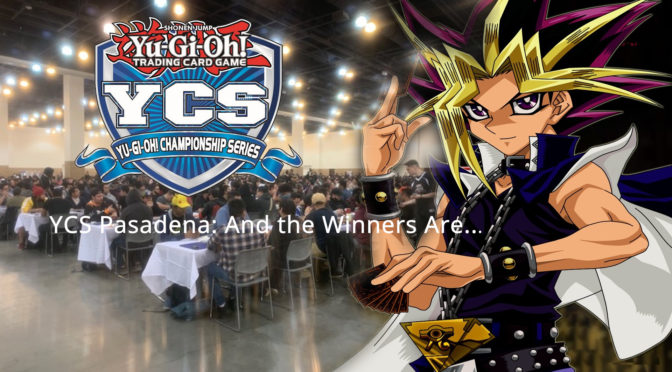 Two intense days of Dueling have come to an end and there is a new YCS Champion!

This weekend’s YCS Pasadena tournament was huge, with over 1500 Duelists competing. Mystic Fighters was just released a few days ago and was legal for competition, and Chaos Impact continued to affect the way Duelists built Decks and competed.

The previous Advanced Format boiled down to a raging battle between Sky Striker and Orcust Decks at the highest level of competitive Dueling. With both Decks slightly weakened by the October 14th Forbidden & Limited List, many Duelists combined their forces for this weekend’s YCS event. Short achieved the most success with it.

Here are the winners for the rest of the various events at this weekend’s YSC event. 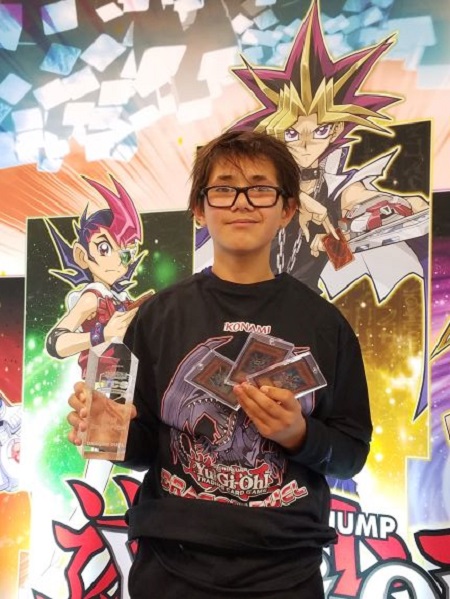 Michael Steinman from Honolulu, HI used his Skull Servant Deck that he built with some help from Marko Mrkonjic to win today’s Speed Duel ATTACK OF THE GIANT CARD!! Tournament. 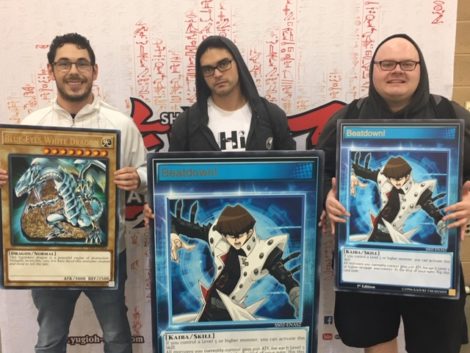 In second and third place, we have David Urbina from Plano, TX who used Weevil as his character along with a Relinquished Deck, and Ben Wagner from Cedar Rapids, IA who Dueled with a Skull Servant Deck using Bonz. Each of them is taking home an oversized Speed Duel card.

Michael Steinman from Honolulu, HI used Bonz as his Legendary Duelist to win the tournament with his Skull Servant Deck and take home a GIANT Blue-Eyes White Dragon! 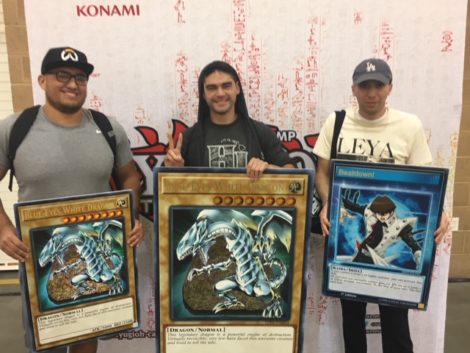 Craig Shun Hayashi is taking home a GIANT Unchained Abomination for his victory today. Justin Singh and Luis Garcia are taking home some oversized (but not quite GIANT) cards for taking second and third place respectively. 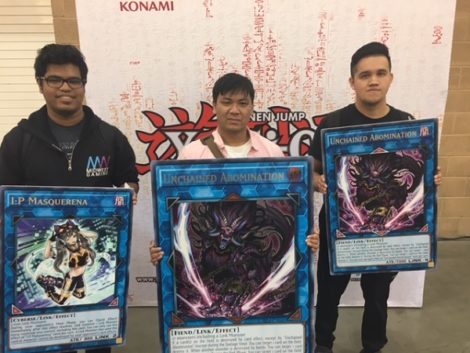 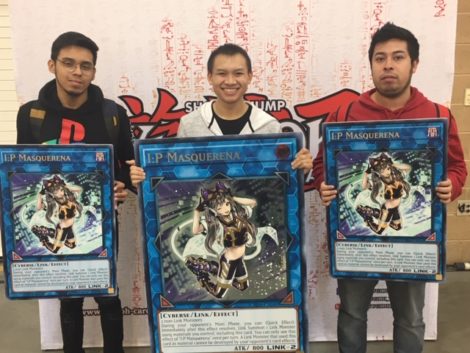 Adrian Rodriguez from Tijuana, Mexico and Jonathan Vazquez fro Mexico City, Mexico took second and third place respectively. Rodriguez used an Orcust Sky Striker Deck, whereas Vazquez used an Orcust Deck. Both of them are taking home an oversized (but not quite GIANT) I:P Masquerena.

Congratulations to all of Saturday’s winners!

Congratulations to the winners of the 3 vs. 3 Team Tournament! 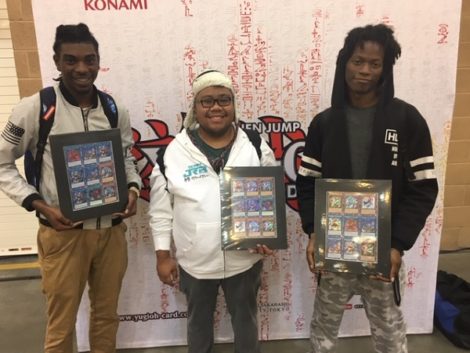 Darelle Lewis, Ed Acepcion, and Dablessin Wilson teamed up to take down Sunday’s 3 vs. 3 Team Tournament! Each of them received an uncut sheet of Secret Rare cards!

Congratulations to each of them! 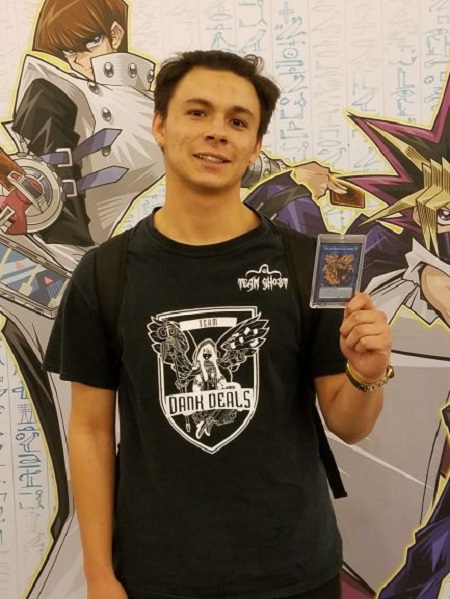 Congratulations to Anthony King, the winner of the Public Events Random Playoff! 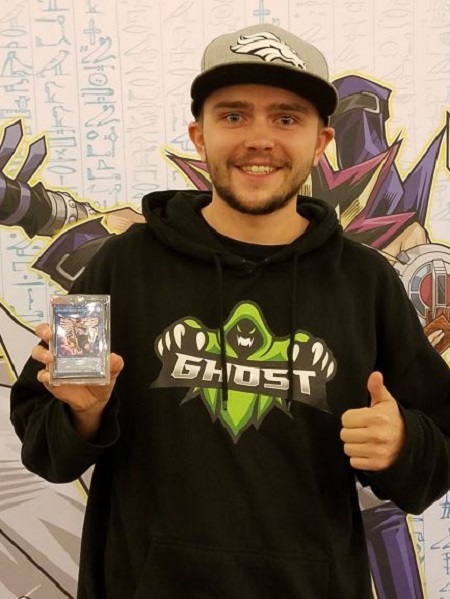 He took his Sky Striker True Draco Deck to victory, and now this Super Rare Duel Link Dragon, the Duel Dragon is all his!

72 Duelists competed in the Charity Tournament, raising a total of $1,440 in toys and cash for the Pasadena Jaycee’s charity – plus an extra $20 that one Duelist gave, recognizing that the money was going to a worthy cause.

The money and toys raised will be used to provide holiday presents for kids in the community.

At the end of the tournament, one lucky Duelist was chosen to receive an uncut sheet of cards from the Lost Art Promotion.

Jonny Nagel was randomly selected at the end of the Charity Tournament and received an uncut sheet featuring cards from the first Lost Art Promotion.

Congratulations Jonny, and thank you to everyone who donated to the Pasadena Jaycee’s charity!

Congrats to all the winners and players for having the heart of the cards and don’t forget to watch all of the action over on the Official Yu-Gi-Oh! TRADING CARD GAME YT Channel!