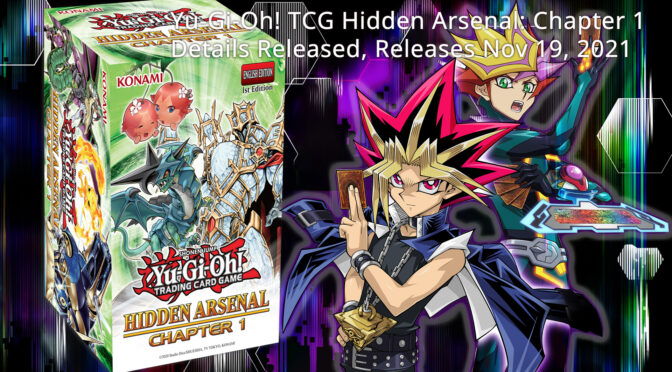 As prevously reported, on November 19, 2021, Hidden Arsenal: Chapter 1 allows Duelists to obtain historic cards from the first four Hidden Arsenal sets like they’ve never been seen before and learn the stories behind them in this epic collection!

Now we have the complete details just released by Konami: 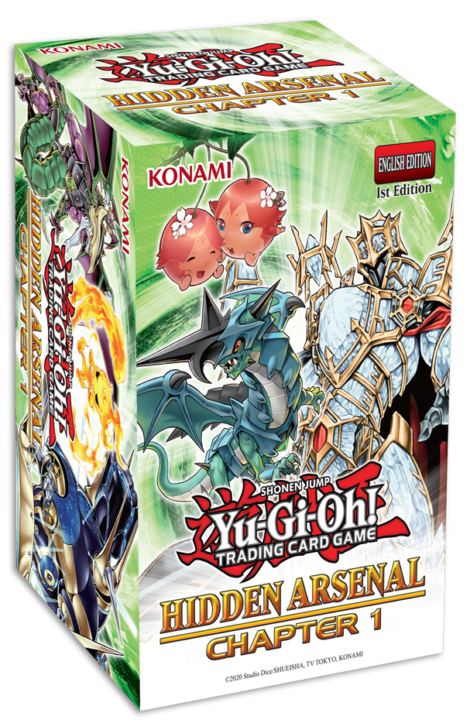 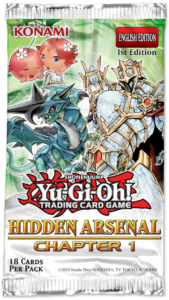 All of the cards in the original Hidden Arsenal series were either Super Rares or Secret Rares, but in Hidden Arsenal: Chapter 1 many of them can be obtained as Ultra Rares! Each box will have 2 standard Ultra Rares and 4 colorful Ultra Rares. The entire Ultra Rare pool is available in blue, green, purple, and the standard gold.