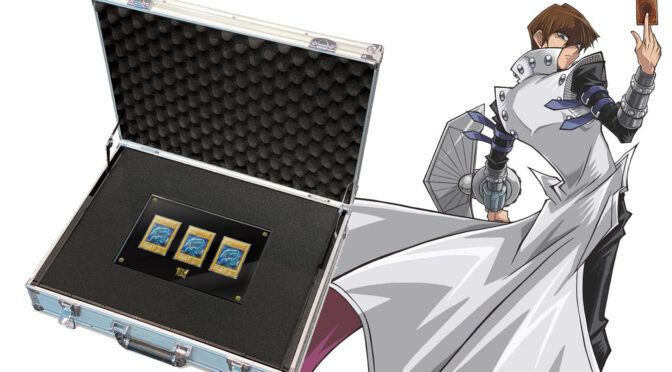 Fans may not only pick up some of Kaiba’s most notable cards but also carry them in style with their very own briefcase, thanks to the Official Card Game for Yu-Gi-Oh! Ultimate Kaiba Set,

One of Yu-Gi-Oh!‘s most popular characters, Seto Kaiba, earns the title of one of the anime franchise’s most beloved anti-heroes for his willingness to fight both heroes and villains throughout the first series, Duel Monsters.

To commemorate the franchise’s twenty-fifth anniversary, the Official Card Game for Yu-Gi-Oh! is giving fans a chance not only to collect some of Kaiba’s most memorable cards but also to carry them in style with a briefcase of their own. 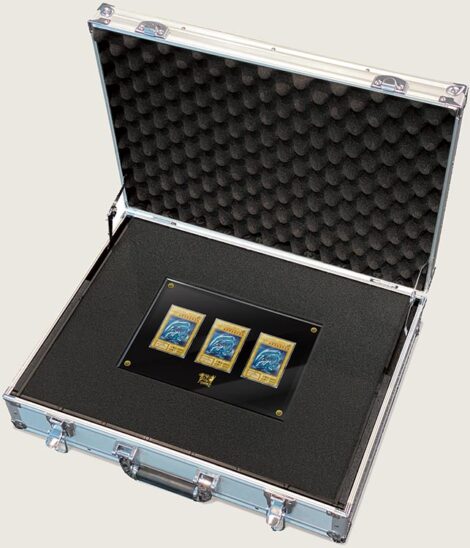 The Ultimate Kaiba Set is a deluxe package, which costs 33,000 yen (approximately US$301), comes with Seto Kaiba’s iconic briefcase, plus his entire card deck with original edition artwork. This includes three copies of the Blue-Eyes White Dragon and three new cards which previously only existed in the manga or anime. 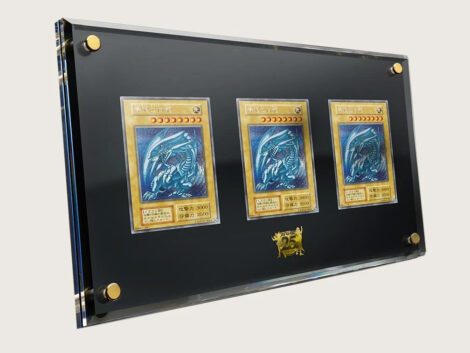 The full contents of the set are as follow:

The three new cards originally appeared in the manga, and are finally getting an official card version. These are the Attack Guidance Armor, Life Shaver, and Magical Trick Mirror cards.

Pre-orders are open in Japan from September 21 to October 31. The item is expected to ship in April, 2022. No word if this will come to the TCG version.. stay tuned to find out.