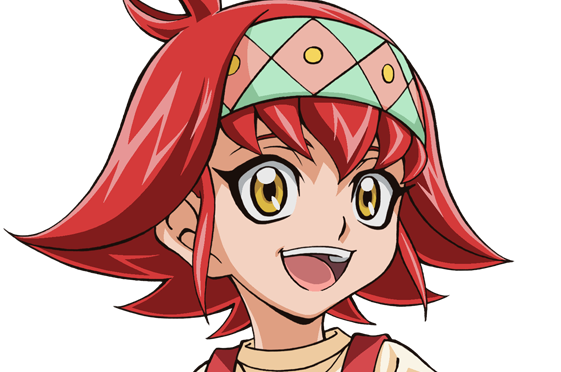 Allie , known as Ayu Ayukawa in the Japanese version, and Ally (spelling difference), is one of the six students at You Show Duel School and treats Zuzu like an older sister. 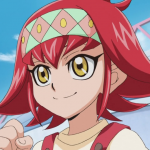 Ally is a red-headed girl with fair skin, golden eyes and a large multi-colored headband. She wears a short cream t-shirt with a striped pink and red long t-shirt. Ally’s attire also consists of a red skirt and long black socks. She wears brown shoes and has a blue bracelet.

Ally views Zuzu like an older sister. They share many interests and get along quite well. Their relation is similar to Yuya‘s relationship with Tate.

When she’s not battling, Allie is one of Yuya’s biggest cheerleaders, always ready to root for her favorite dueltainer with her best buds Frederick and Tate.

Ally uses an “Aquaactress” Deck, based around quickly swarming the field and adding cards from her Deck to her hand while using a variety of card to protect and increase the ATK of her otherwise weak monsters. 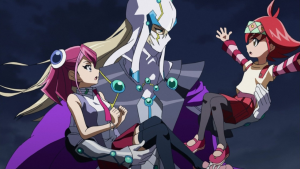