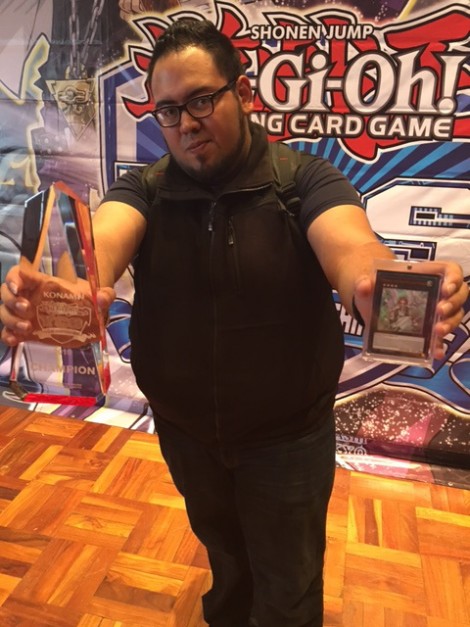 Presented by Konami Digital Entertainment, Inc. (KONAMI), this two-day premier level event featured players from across the Americas, of every age and ability, who Dueled with the utmost of skill and strategy round after round.  As the tournament progressed and the Duels became more intense, it was Moreno from Mexico D.F., Mexico playing his Performapal Deck who Dueled his way into Sunday’s Single Elimination. Then, after several rounds of Single Elimination, it came down to a tense head-to-head battle in the Final Round against Mexico D.F.’s Jonathan Sebastian Vazquez Herrera also Dueling with his own Performapal Deck; however, the strong combination of strategy and judgment was just enough to earn Moreno the title of YCS San José Champion.

In addition to the title of YCS Champion, Alejandro Garcia Moreno returned home with a stellar set of prizes that included a YCS Championship Trophy, an Ultra Rare YCS Minerva, the Exalted Lightsworn Prize Card, a PlayStation®4 computer entertainment system, and an invitation and paid travel to his 2016 World Championship Qualifier (WCQ) tournament!