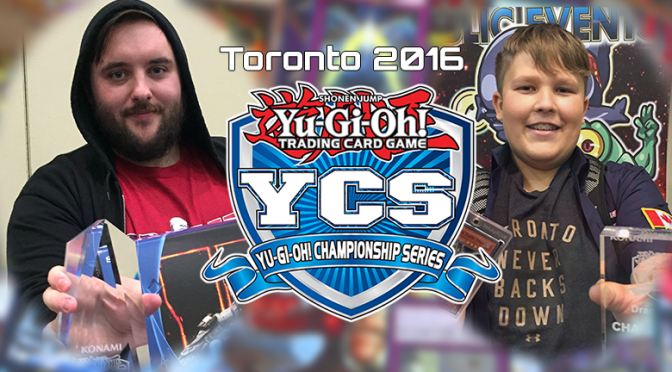 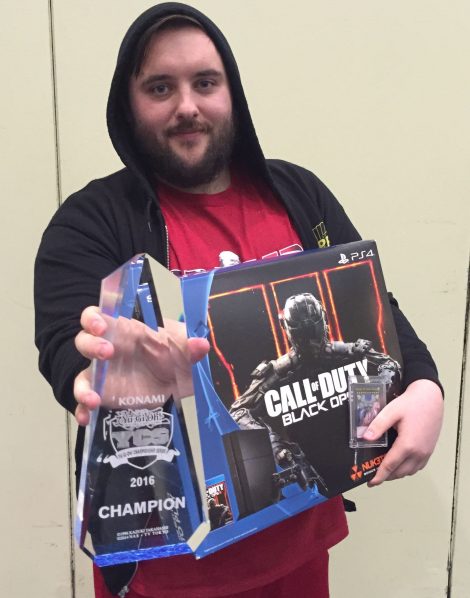 Players of every age and ability showed off their impressive Dueling skills round after round at YCS Toronto. From Glenmore Park, New South Wales, Australia, Temnyk expertly played his Burning Abyss Phantom Knight Deck to earn him a spot in Day 2 of the tournament. Then, after several rounds of Single Elimination, he faced Michael Walters from Brampton (Toronto), Ontario, also playing a Burning Abyss Phantom Knight Deck in the final playoff. 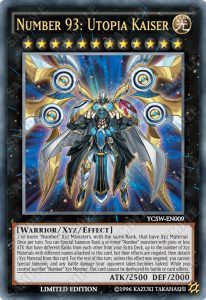 Another exciting series of Duels happened during the YCS Toronto Dragon Duel Championship, an event for Duelists born in 2004 or later. John Wilkin from Toronto, Ontario used his Sealed Deck then switched to his own Qliphort Deck in the finals.  Wilkin’s skill and strategy proved to be the winning combination as he beat Connor Perrotta playing a Blue-Eyes White Dragon Deck to capture the title of Dragon Duel Champion. 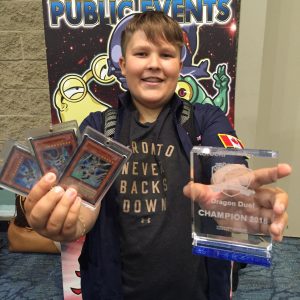