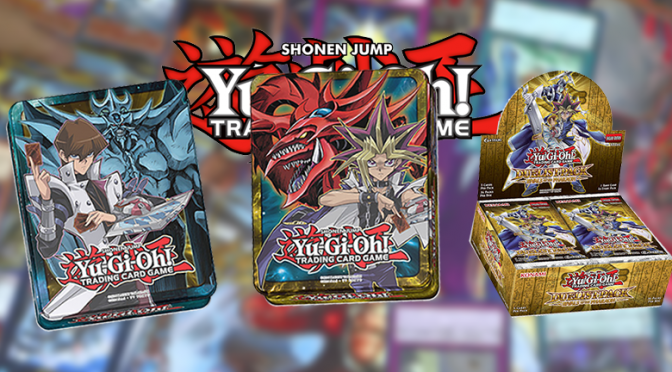 2016 MEGA TINS AND DUELIST PACK: RIVALS OF THE PHARAOH

El Segundo, Calif. (September 7, 2016) – September’s going to be a blast from the past as new Yu-Gi-Oh! TRADING CARD GAME (TCG) products releases from Konami Digital Entertainment, Inc. (KONAMI) take Dueling back to its roots this fall. In the 2016 Mega-Tins and Duelist Pack: Rivals of the Pharaoh, heroic Duelists return to face their greatest rivals, and forgotten forces emerge from the original Yu-Gi-Oh! TV Series.

Players will want to hurry to stores to get their hands on September’s leadoff product, the enormous 2016 Mega-Tins, which released on September 2.  The 2016 Mega-Tins celebrate the original heroes of Dueling, Yugi and Kaiba … and they aren’t coming alone. 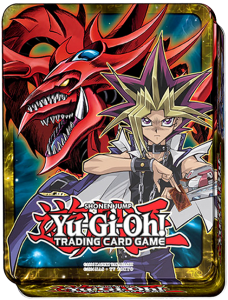 The Yugi & Slifer Tin comes with a Secret Rare Slifer the Sky Dragon and an Ultra Rare Dark Magician, 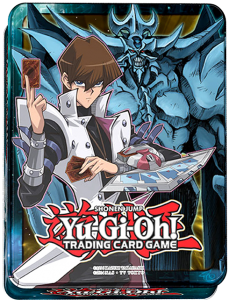 And that’s just the beginning! Every 2016 Mega-Tin has three 16-card Mega-Packs highlighting the best from Crossed Souls, Clash of Rebellions, Dimension of Chaos, and Breakers of Shadow. And beyond the legendary Egyptian God Cards and signature Ultra Rares, each heroic Tin has four more foil promos – including a new Pendulum Monster, Aether, the Evil Empowering Dragon and a never-before-seen boss monster for D/D/D’s, D/D/D Gust King Alexander.

Duelists will want to get both cool designs before they sell-out. Each Tin, sold separately, will be available at retailers nationwide for $19.99 MSRP.

Duelist Pack: Rivals of the Pharaoh hits stores September 16, as the craftiest villains of the original Yu-Gi-Oh! TV series return with new tricks. Bakura’s long-awaited Dark Sanctuary makes the leap to reality – a powerful Field Spell that weaves dark victories with Destiny Board, and turns an opponent’s attacks against them.  Kaiba’s Lullaby of Obedience lets Duelists play any monster from an opponent’s Deck, and Duelists will finally command Blue-Eyes Ultimate Dragon’s signature attack with the Spell Card Neutron Blast. Pegasus and Marik make a cameo, while Yugi battles back with new cards for his Silent Magician and Silent Swordsman monsters.