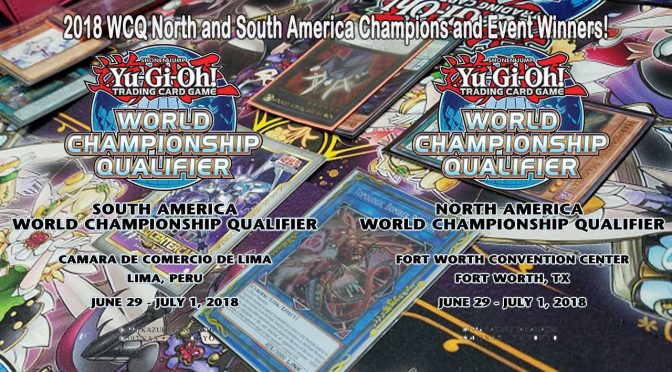 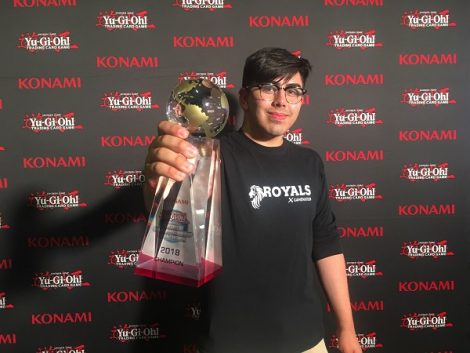 Gabriel Vargas used his Gouki Deck to best 1804 other Duelists in North America and claim the title of North America WCQ champion!

Congratulations to our Top 4 Dragon Duelists! 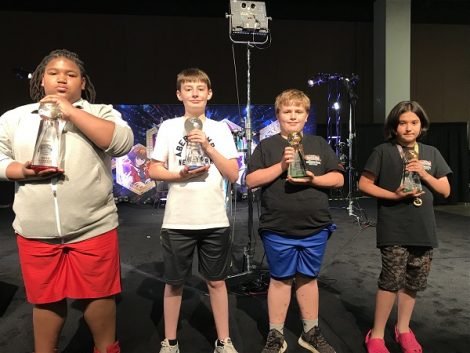 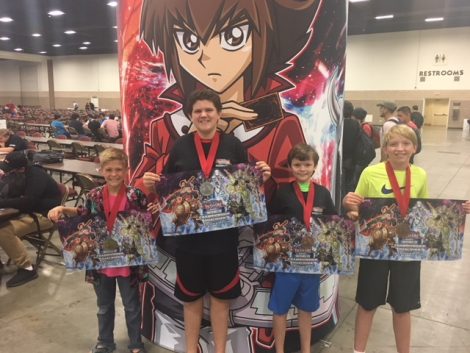 The 2018 North America WCQ is finished, and we have the team for the 2018 World Championship! 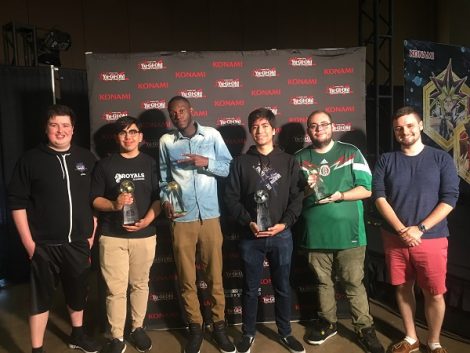 Gabriel Vargas, Walter Jule, Isaiah Joseph, and Brian Rayos placed in the Top 4 at the North America WCQ, each earning an invitation to compete in this year’s Yu-Gi-Oh! TRADING CARD GAME World Championship! As the Duelists with the most Worlds Qualifying Points in North America, Jesse Kotton and Ryan Levine will be joining them.

Congratulations to the North American team!

Events and Other Winners

Congratulations to our winner of the Public Event Points Playoff! 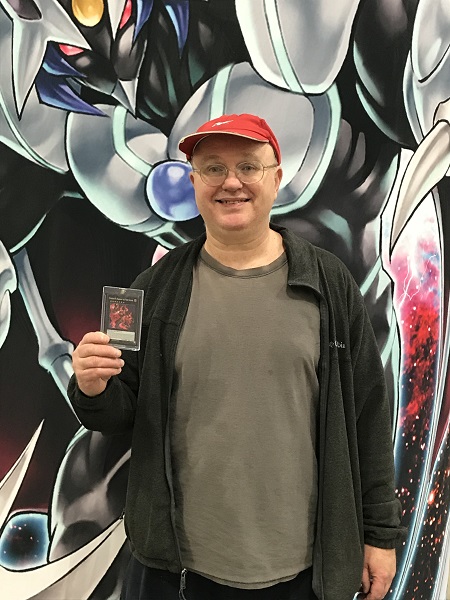 Take a look at the winner of the Public Events Random Playoff for the 2018 North America WCQ! 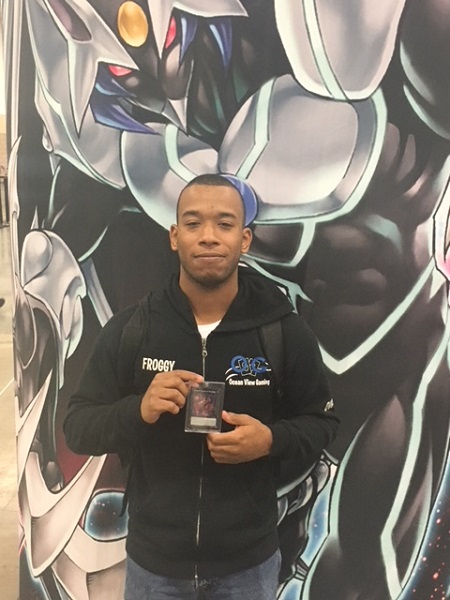 Check out the winners of the ATTACK OF THE GIANT CARDS!! Tournament at the 2018 North America WCQ! 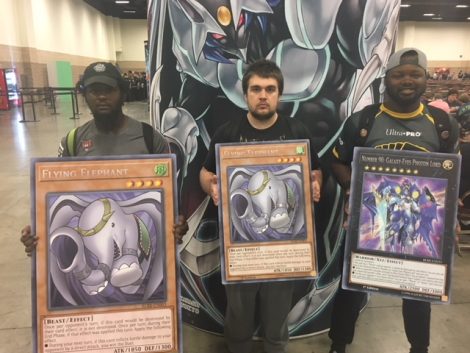 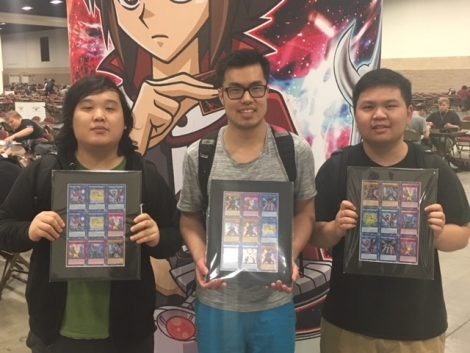 Nelson Tam from San Francisco, California; Chancy Wigglestove from Vancouver, Canada; and Kenny Nguyen from San Jose, California teamed up to win the 3 vs. 3 Team Tournament and each take home an uncut sheet of Secret Rare cards.

Here are the winners of the Yu-Gi-Oh! School Tournament Series event at the 2018 North America WCQ! 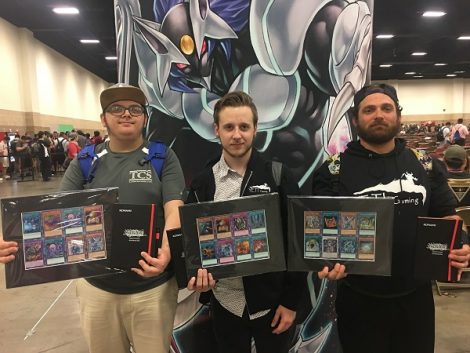 The School Tournament Series winners are from St. Charles Community College in Missouri! In addition to their individual prizes, this team of talented Duelists won a $1,000 donation to their school.

Congratulations to all of them and to St. Charles Community College!

Peru’s very own Jefferson Salas is the winner of the South American World Championship Qualifier!

Congratulations to all of the finalists! You’ve all made your countries proud! 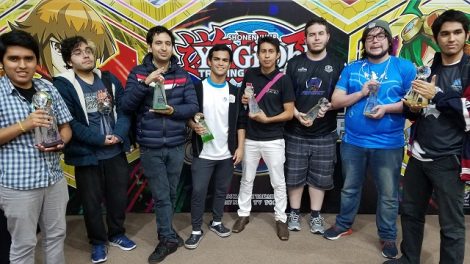 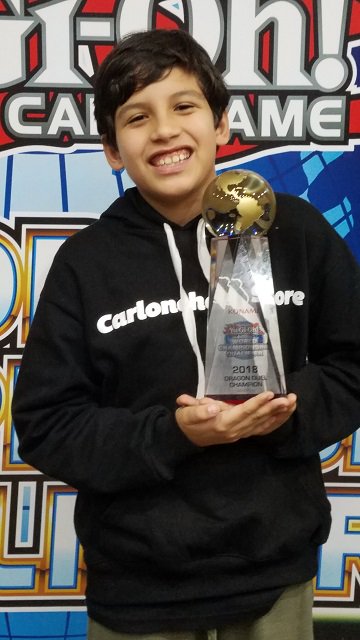 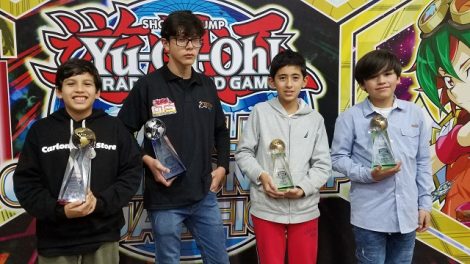 The South American Dragon Duel Champion is Diego Romero from Peru!
The semifinalist is Mathias Rivadeneira from Ecuador!
In 3rd, we have Enzo Salviati from Brazil!
In 4th place, it’s Miguel Amaguana from Colombia!

ATTACK OF THE GIANT CARD!! Winner

Congratulations to Sebastian Ignacio Rozas Siegel, the winner of the ATTACK OF THE GIANT CARD!! at WCQ 2018 South America! 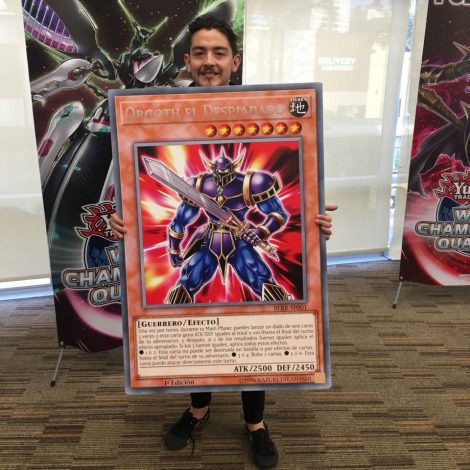 As a prize, he won a GIANT copy of Orgoth, the Relentless , one of the cards released in the new Battle of Legends: Ruthless Revenge collection .