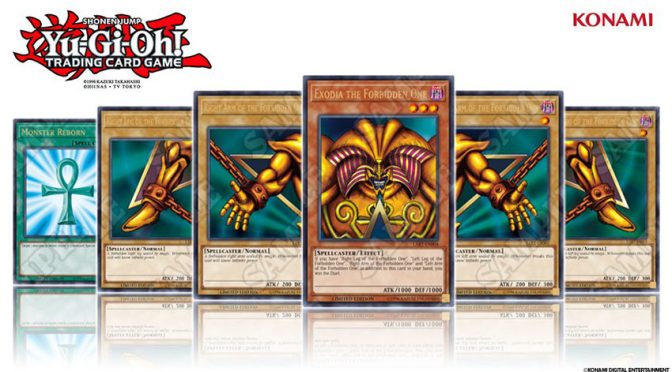 Through July, you can get the Right Arm of the Forbidden One if you spend $30 at a participating OTS for the The Lost Art Promotion. 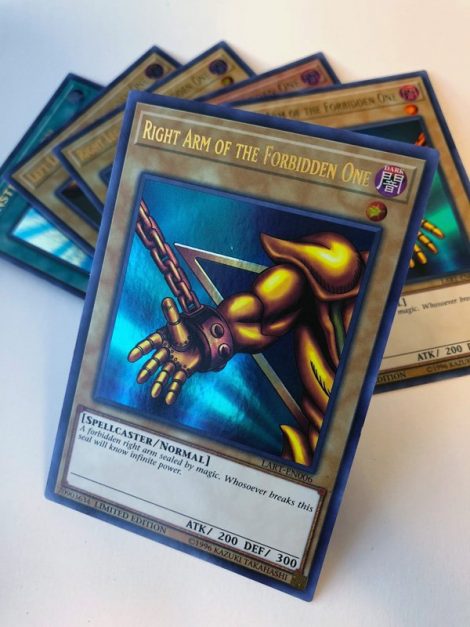 For more details and a list of participating stores visit: http://www.yugioh-card.com/en/special/lost_art_stores.html

These cards hark back to the original Yu-Gi-Oh! animated series and its pervading Egyptian theme, all used by Yugi in his quest to regain the lost memories of the Pharaoh and save the world from evil. Monster Reborn and all five pieces of the unstoppable Exodia have been available in Asia for nearly two decades with special card art that was never released outside of that continent. But thanks to The Lost Art Promotion at Official Tournament Stores, those cards will soon become available worldwide!

Enthusiasts of the original Yu-Gi-Oh! animated series and the Yu-Gi-Oh! TRADING CARD GAME have waited for over fifteen years to see Monster Reborn and the five pieces of Exodia printed with their original card arts. Soon they’ll be able to get those special cards simply by purchasing Yu-Gi-Oh! products at a participating Official Tournament Store.