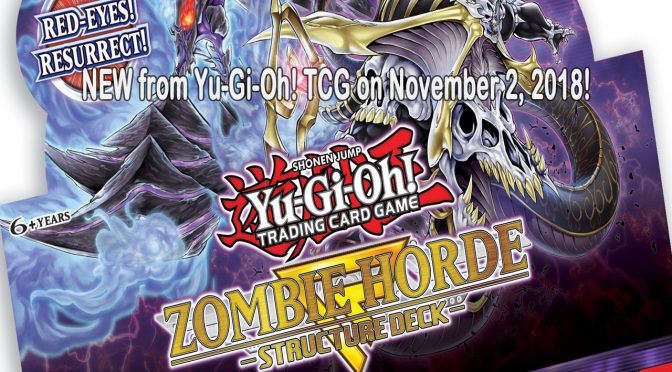 Stock up on food and block all the entrances, the zombie horde is coming! Structure Deck: Zombie Horde builds upon the all-encompassing power of the Zombie World Field Spell to create Duels where Zombies reign supreme! 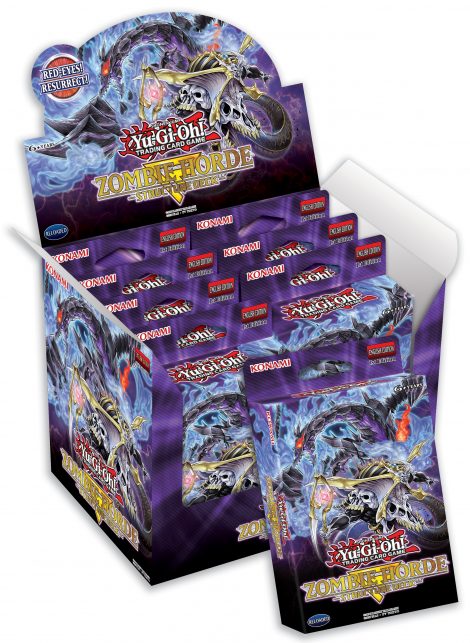 As long as any Field Spell is in play, you can Summon this Deck’s boss monster from your Graveyard during every Standby Phase. Its other ability to negate a monster’s effect or banish a monster from the field or Graveyard only works when a Zombie monster uses its effect, so you’ll want the Zombie World Field Spell in play so that all monsters on the field and in the Graveyard become Zombies!

This Deck isn’t just about one or two Zombies, it’s about a whole horde of zombies! And the scariest thing about a zombie horde is that its sole purpose is to make you join it! A brand-new Spell Card for any kind of Zombie Deck lets you conscript your opponent’s monsters into your horde not once, but twice! The effect of the original Change of Heart Spell Card is yours – as long as you control a Level 5 or higher Zombie – and you can shuffle one of your banished Zombies back into your Deck to Set this new Spell from your Graveyard back to the field!

2018 has been a great year for Zombie Decks with brand-new strategies in both Dark Saviors and Hidden Summoners, and this new Structure Deck is poised to continue the latest Zombie outbreak in the Dueling world!