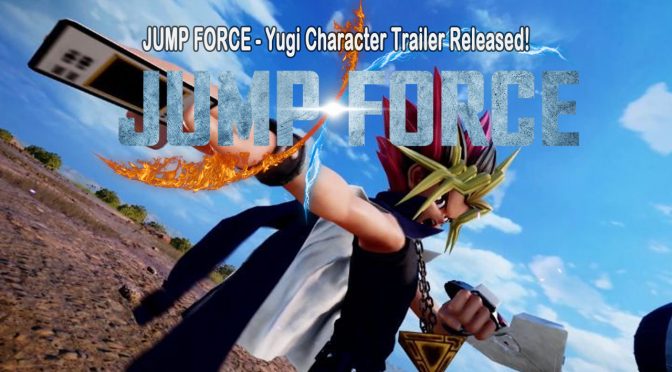 It’s time to welcome the King of Games as he steps into the fight in JUMP FORCE!

Unite with Yugi to summon the Dark Magician and Dark Magician Girl! Or unleash the full force of the mighty SLIFER THE SKY DRAGON on your opponents!

The Jump Force roster has been packed with popular anime and manga characters who are revered for their power and fighting techniques. This is a fighting game, and so characters like Goku, Naruto, Toguro, and Luffy make perfect sense. But Yugi battles with cards, right? How on earth is he supposed to go toe-to-toe against someone like Ichigo, or Frieza? By summoning powerful allies to fight on his behalf, of course.

As you can see in the Jump Force Trailer, Yugi doesn’t so much as throw a punch in battle. He’ll be swiping through his deck and summoning powerful entities like the Dark Magician, Dark Magician Girl, and Slifer the Sky Dragon, and these guys will be doing the clawing, casting, and punching. It works much better than we thought it would, and Yugi doesn’t look so out of place on the battlefield.

The battlefield you see in this new Jump Force Trailer, by the way, is the Golden Gate Bridge. Jump Force is bringing all of your favorite manga and anime heroes into the real world — our world — to do battle. Expect to see more familiar monuments and cities as you fly, teleport, and ki-blast your opponents to smithereens. We still don’t know very much about the in-game story, but we do know that this newly-formed “Jump Force” will have to band together to fight a common threat in order to save our world from annihilation.

YuGiOh joins the Jump Force roster. Pre-order your copy today and get ready to duel: https://bandainam.co/JumpForcePO