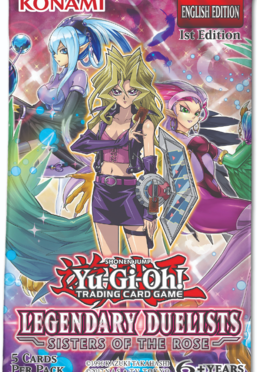 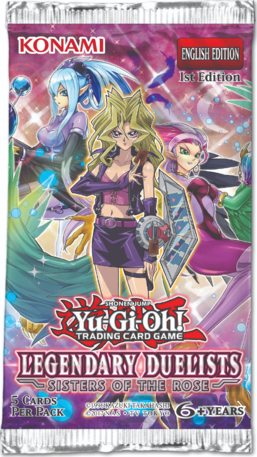 “Bird-bodied, girl-faced things they (Harpies) are; abominable their droppings, their hands are talons, their faces haggard with hunger insatiable” – Virgil, Aeneid 3.216 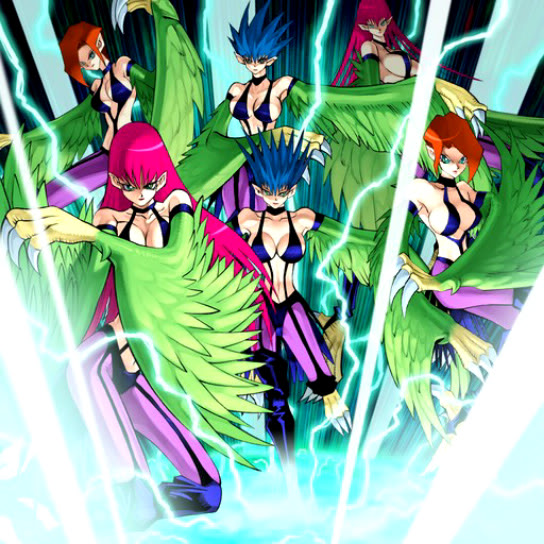 The Harpie archetype is the archetype related to Mai Valentine, they revolved around summoning WIND-type monsters and boosting them as described in the Structure Deck – Lord of the Storm. This booster pack provides some support for this archetype, with a lot of reprints:

Along the cards added, we can note the new Harpie Perfumer that tutors Spell and Traps from its archetype when it’s Normal or Special Summoned. It has an additional effect that tutors up to 2 cards with different names if you control a level 5 or higher “Harpie” monster.

Among the reprints, Harpie’s Feather Duster makes a comeback, despite being limited in OCG and forbidden in the TCG. Its effect is to destroy all Spell and Trap Cards your opponents controls, which is really strong. 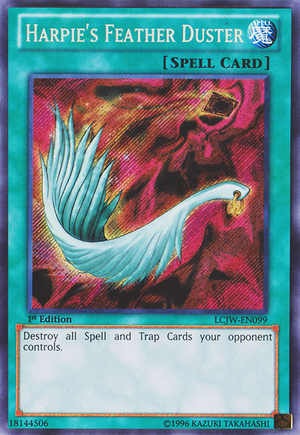 Harpie Oracle is a card that can be Special Summoned from the hand if you control a Level 5 or higher “Harpie” monster, or if it is Normal or Special Summoned, you can bring a Spell/Trap card from the archetype from the Graveyard to your hand, at the End Phase, which is really slow.

The Harpie remains very weak, however the Link VRAINS Pack 2 will bring a Link monster to the archetype: Harpie Conductor.

The Archetype from Alexis Rhodes gets a bunch of cards in this Booster Set:

The Cyber Angel archetype aims to Ritual Summon monsters as soon as possible, with a Machine synergy.

The archetype gets a new Ritual monster that is Cyber Angel Izana and allows the player to destroy 1 Spell or Trap card when Ritual Summon. If it attacks and destroys a minion, it can attack a second time a monster. It can also recycle 1 Ritual monster from the Graveyard to the Deck in order to destroy one card the opponent controls. 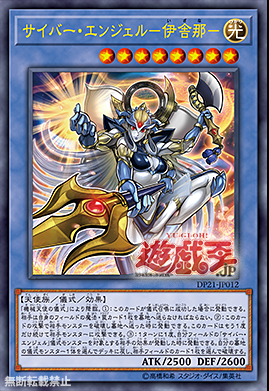 In the japanese version of the anime, Izayoi Aki (Akiza Izinski) has a summoning chants for her Black Rose Dragon:

This chant was really weird because the “Tsumetai honō”, the cold flames, and the ” Shikkoku no hana yo”, the pitch-dark flower,  didn’t seem to fit the archetype of Plant monsters, despite Black Rose Dragon being a FIRE monster. Its archetype revolved around summoning Plant monsters, summoning Black Rose Dragon and using Black Garden to get value. The new cards Frozen Roars and Blooming Rose seem to explain that the summoning chant refers to those two cards.

This Booster Pack adds a new Synchro monster Garden Rose Maiden that tutors Black Garden. The Blooming Rose is a Trap card that summons as many Rose Tokens as possible on the field up to the number of Field Zones and Field Spells in the Graveyards. Also you can banish this card and another card until the next Standby Phase, one Plant monster or Black Rose Dragon, which is useful to protect from destroy effects. Frozen Roars, is a quite slow card that requires you to sacrifice one monster, and you can either draw 2 and discard one if it’s a Plant monster or else add 1 Level 4 or less Plant monster from the Deck to the hand. In terms of value, this last card is really slow. Frozen Roars and Blooming Rose can be tutored by Red Rose Dragon a level 3 Dragon Tuner monster when it’s used as a Synchro Material. 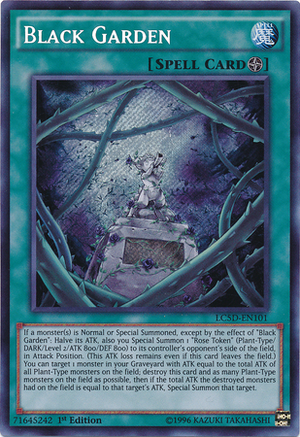 Finally, Black Rose Dragon is a strong card, and was even more at the time of its release, as it destroys all cards on the field and doesn’t require Plant type monsters to be Summoned; and it is a strong card without having an archetype on its own. 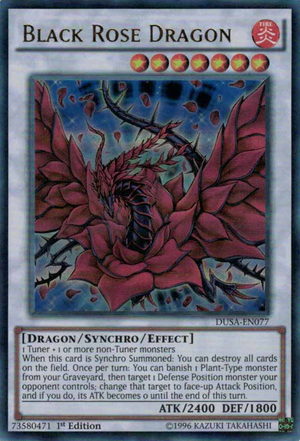 I am on Railway to Hell

Anna Kaboom in Zexal and Alen Kozuki in Arc V like to summon big EARTH Machine monsters: the Railway archetype. The archetype revolves around summoning the level 10 monsters of the archetype and using them to XYZ Summon.

Superdreadnought Rail Cannon Juggernaut Liebe is the new Rank 11 XYZ monster, it requires 3 Level 11 monsters, but its effect makes that you can summon it by using 1 Rank 10 Machine Xyz Monster as material, this represents a strong body on the field with 4000 ATK and 4000 DEF. You can detach one material and it gains 2000 ATK and DEF points. It can also attack monsters equal to the numbers of materials it has + 1. 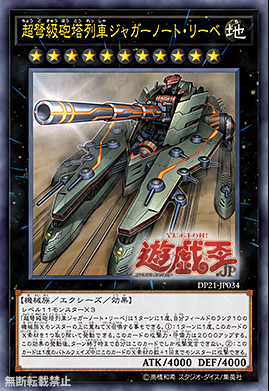 Finally, the Railway archetype is made for those who like big numbers on the cards, and this booster packs adds support, especially with Urgent Schedule.

You can also use the Superdreadnought Rail Cannon Gustav Max in a different deck: Timelords. You can setup an OTK using the following: Michion, the Timelord and Celestial Transformation to Summon  Sandaion, the Timelord, then their respective effect triggers and Michion deals 4000 damage while Sandaion deals 2000 damage. Then, in Main Phase 2, since the Timelords are Level 10 monsters, you can XYZ Summon into Superdreadnought Rail Cannon Gustav Max and use its effect to deal 2000 damage. 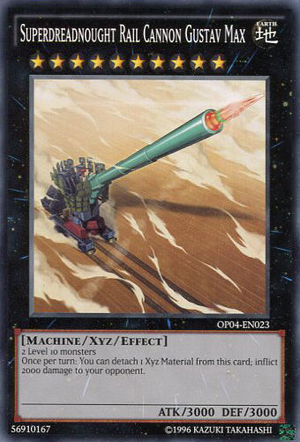 Celina uses the Lunalight archetype in the anime ARC-V; it is an archetype of LIGHT and DARK Beast-Warrior monsters; they want to summon their Fusion Monsters.

Lunalight Sabre Dancer is a new 3000 ATK Fusion monster that requires 3 Lunalight monsters. It has the great strength of not being targetable by opponent’s card effect. It has the minor effect of gaining 200 ATK for each Beast-Warrior in player’s Graveyard or being banished; this effect is really neglectible on a 3000 ATK body. When it’s in the Graveyard, you can use it to boost a Fusion Monster you control by giving it 3000 ATK until the end of the turn. 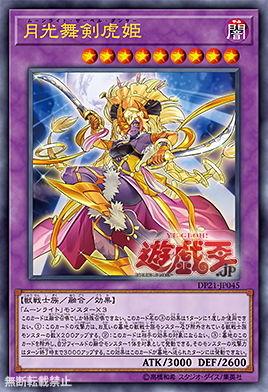 The Lunalight is a very weak archetype as of today. Most of its good card come from the DARK type synergy like Dark Armed Dragon or Allure of Darkness and Fusion support like Ultra Polymerization or King of the Swamp. 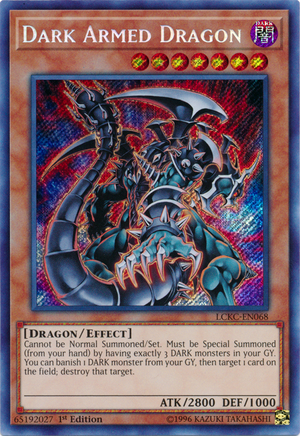 With 11 cards per character, this booster is helpful to complete specific decks, that aren’t very competitive, with really good reprints like Black Rose Dragon or Superdeadnought Rail Cannon Gustav Max.

The Booster Pack, in the OCG, contains: