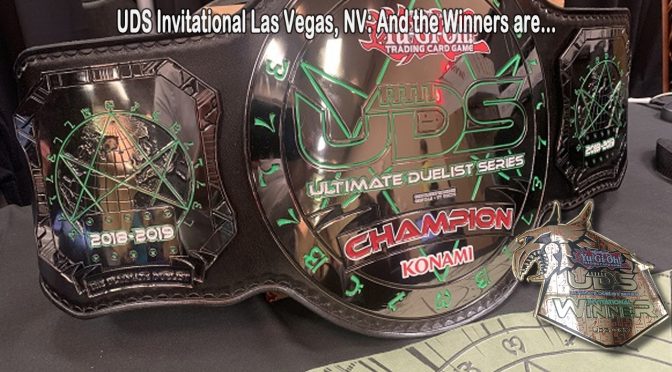 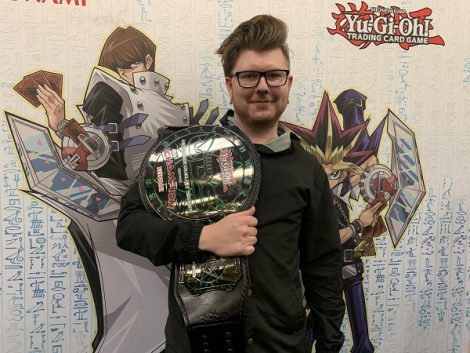 Carl Manigat from Long Island, New York piloted a Salamangreat Deck featuring the newest cards in Structure Deck: Soulburner all the way to the Finals. Once there, he faced off against Tyler Pfeifer from Reno, Nevada and his Sky Striker Deck.

The Final Match was an intense one. But in the end, Tyler Pfeifer and his Sky Strikers triumphed, allowing him to claim the title of “Ultimate Duelist” and take home the Championship Belt.

Congratulations to Tyler Pfeifer for dueling his Sky Striker Deck to victory this weekend!

Each event, four Duelists are chosen at random from those who entered Public Events. 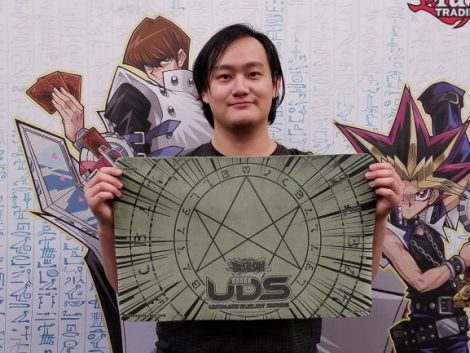 This weekend, they get to play for the same Orichalcos game mat that the Top 16 got in the Main Event! Here’s your Random Playoff winner, Shunping Xu from Philadelphia! He took his Sky Striker Deck to victory for this awesome prize! 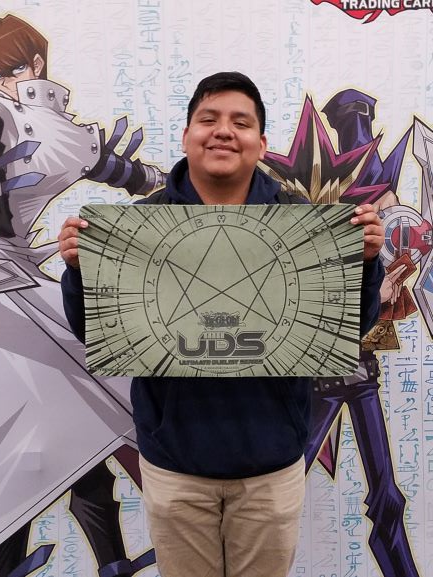 Here are the winners for Sunday’s ATTACK OF THE GIANT CARD!! 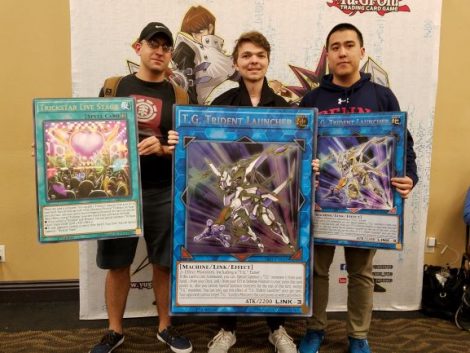 And the winner (center), is Aaron McInnes! He piloted his Danger! Thunder Dragon Deck to victory and is taking home this GIANT T.G. Trident Launcher!

The winner of Saturday’s ATTACK OF THE GIANT CARD!! Tournament at the UDS Invitational – Winter 2019 is Brian Rayos from Los Angeles, California (center). 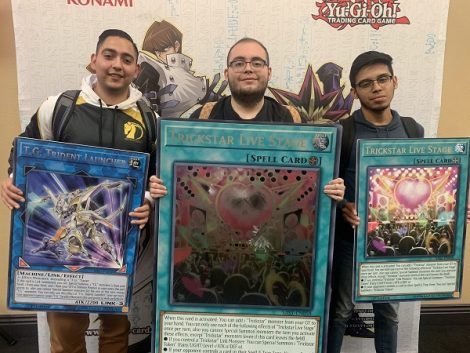 He used his Sky Striker Deck to win Saturday’s ATTACK OF THE GIANT CARD!! Tournament and take home a GIANT Trickstar Live Stage!

Orlando Rodriguez (left)and Erik Dominguez (right) took second and third place respectively, each earning a pretty big (but not quite GIANT) card of their choice.

Congratulations to all winning Duelists!