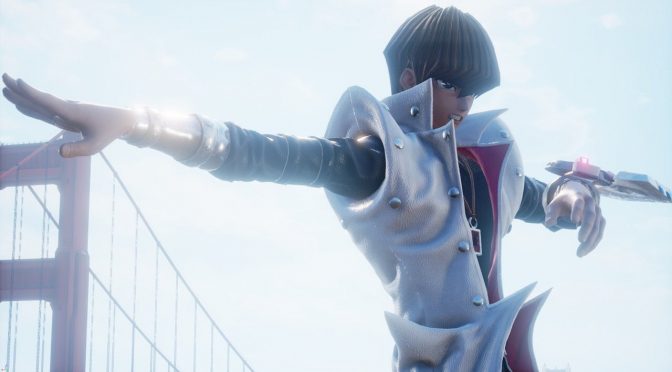 This is one fight you can’t afford to miss…

Bandai Namco recently posted on social media their schedule for Jump Force‘s post-launch content through August. Starting next month, the Clan Feature, Vertex Event, and some new Avatar costumes will be added to the game via free update. Then, in May, the paid DLC will start. Those who have purchased Characters Pass DLC pack will receive three new playable characters in May, one of which will be Yu-Gi-Oh!‘s Seto Kaiba. The other two DLC characters coming in May have yet to be revealed. 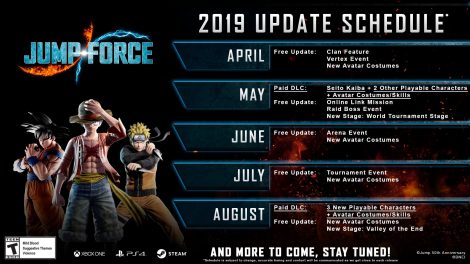 Seto Kaiba made his first appearance in the first episode of Yu-Gi-Oh! and acted as Yugi Moto’s rival throughout a large portion of the series. We can’t wait to see Kaiba inevitably use the Blue-Eyes White Dragon and maybe Obelisk the Tormenter.

Jump Force is currently available for Xbox One, PlayStation 4, and PC. You can also buy the Characters Pass, which includes nine DLC characters to be added to the game over the next several months, each of which comes with a set of Avatar skills and costumes.

Seto Kaiba, Yugi Muto’s arch-rival from the Yu-Gi-Oh! series, has been confirmed as one of the nine upcoming DLC characters for JUMP FORCE, now available for the PlayStation®4 computer entertainment system, Xbox One, and PC via STEAM®. Kaiba will be released in May along with two other characters. The following six will be released at later dates.

One thought on “Seto Kaiba will soon flaunt his Duelist skills in JUMP FORCE! (updated)”