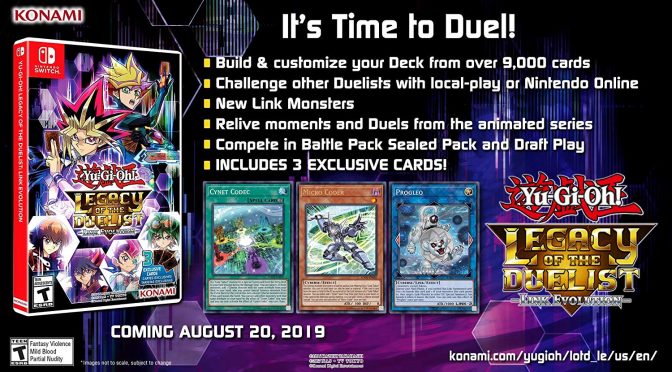 Experience over 20 years of Yu-Gi-Oh! history with Yu-Gi-Oh! Legacy of the Duelist: Link Evolution on Nintendo Switch!  Pre-order your copy now on the Nintendo eStore or the physical version that include 3 exclusive TCG cards at Amazon.com or Best Buy.

Exclusive to the physical retail version, Duelists will unpack three brand-new YuGiOh TCG cards. You will find the Link Monster, Progleo, along with the Cyberse Monster Micro Coder and the Spell Card Cynet Codec.

One thought on “Yu-Gi-Oh! Legacy of the Duelist: Link Evolution Pre-order available now”