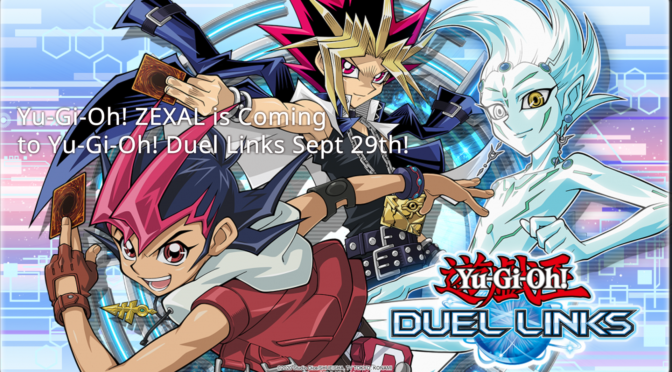 During the official Konami panel at this year’s Tokyo Game Show, Duel Links players learned Zexal World will be arriving in the popular mobile game September 29th. The addition of Zexal World will bring in a new generation of dueling in Duel Links as it introduces the new Xyz monsters and the Xyz summoning mechanic that accompanies it.

The ZEXAL world introduces characters from the ZEXAL manga and animated series into the Duel Links universe. The successor to the Yu-Gi-Oh! 5D’s series, Yu-Gi-Oh! ZEXAL follows Yuma Tsukumo and his ally Astral as they attempt to regain Astral’s lost memories that have turned into the 99 Numbers cards. Yuma Tsukumo & Astral, Tori Meadows and Bronk Stone can be unlocked by completing Character Unlock Missions, progressing in the ZEXAL world and playing secret missions.

To celebrate the new ZEXAL world, all players will receive log-in bonuses including: 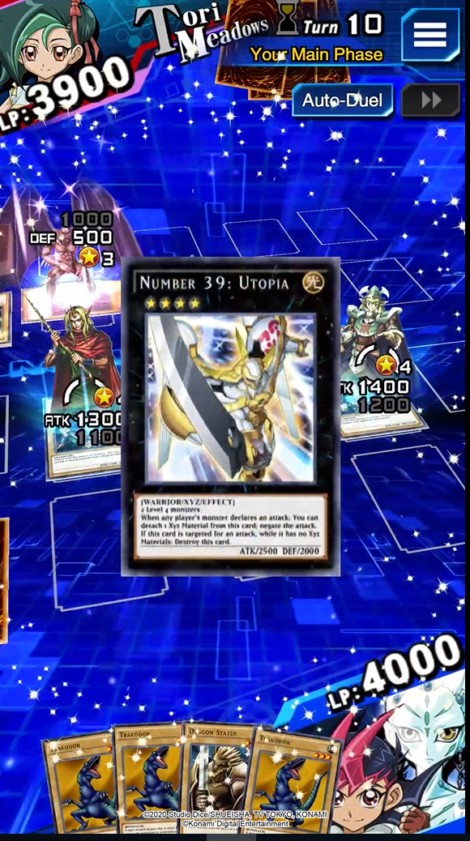 In addition, more new content will be available, including “the 30th Main BOX,” which contains Yuma’s signature Xyz Monster Number 39: Utopia and numerous other powerful cards.