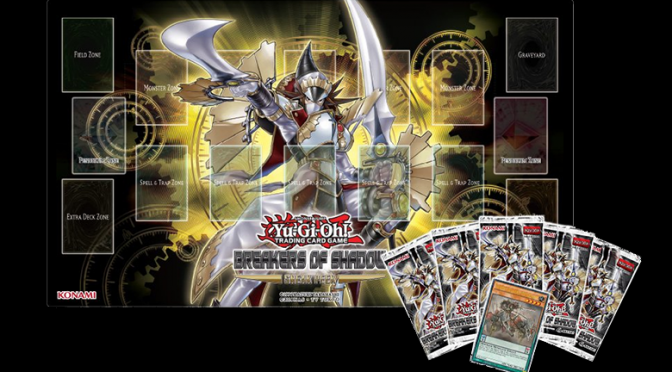 On January 15, the Breakers of Shadow booster set hits store shelves and Duelists will be introduced to new Deck themes and strategies, and can witness the return of a Yu-Gi-Oh! TCG legend. In Breakers of Shadow, the Shiranui use the strength of Samurai spirit warriors to power players through Duels, while Twilight Ninjas rely on speed and numbers to overwhelm foes. Opponents will also feel the power of the Dinomists, steam-powered Pendulum dinosaurs that can land a heavy hit when a player least expects it. Lastly, swords will clash as the legendary warrior Buster Blader is back as Buster Blader, the Destruction Swordmaster, with a mighty band of new support cards that make this iconic monster stronger than ever before! END_OF_DOCUMENT_TOKEN_TO_BE_REPLACED