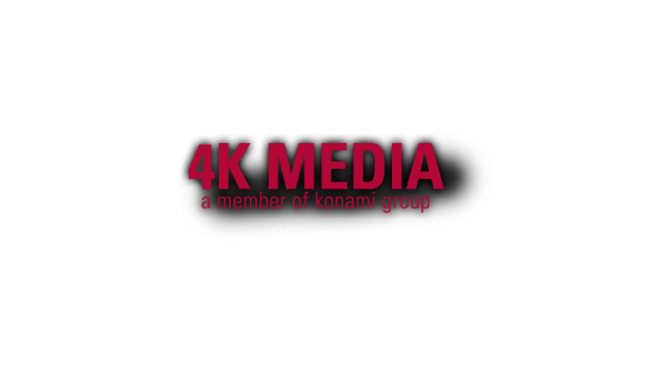 Yu-Gi-Oh! LICENSED BY USAOPOLY FOR GAMES AND PRODUCT LINES DISTRIBUTED IN THE UNITED STATES AND CANADA

September 23, 2015 – New York – 4K Media, the Konami Digital Entertainment, Inc. subsidiary managing the licensing and marketing of the Yu-Gi-Oh! brand, today announced a non-exclusive licensing agreement for the franchise with USAopoly, which will produce Yu-Gi-Oh!-themed coin banks and puzzles as well as special Yu-Gi-Oh! editions of MONOPOLY and YAHTZEE table top games, under license from Hasbro, Inc.

The announcement was made by Jennifer Coleman, Vice President of Licensing & Marketing at 4K Media and USAopoly’s CEO and President John M. Davis.

“USAopoly has created a number of exquisite collector-edition games for popular entertainment brands, and we’re very happy to be working with them in expanding the product lines and collectibles for the Yu-Gi-Oh! franchise,” said Coleman. “We’re also very excited to collaborate on the Yu-Gi-Oh! special editions of MONOPOLY and YAHTZEE games and know that Yu-Gi-Oh! fans throughout the U.S. and Canada will be clamoring for these games as another engaging way to experience their favorite Yu-Gi-Oh! characters.” 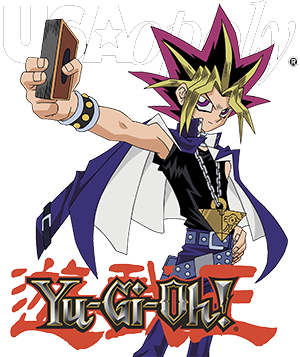 “The Yu-Gi-Oh! franchise continues to be energized with each new installment, capturing the imagination and spirit of competition that has made the franchise popular around the world for nearly two decades,” added Davis. “We greatly appreciate the opportunity to enhance the game experience for Yu-Gi-Oh! fans with the development of puzzles, coin banks and the special Yu-Gi-Oh! editions of the world’s most popular table top games.”

USAopoly will utilize the original animation artwork from the original Yu-Gi-Oh! series, as well as installment series Yu-Gi-Oh! GX, Yu-Gi-Oh! 5D’s, Yu-Gi-Oh! Zexal, and the latest Yu-Gi-Oh! Arc-V to create a broad range of coin banks and puzzles for North American consumers. The products will be introduced at retail in 2016.

Additionally, USAopoly will create special Yu-Gi-Oh! editions of popular table top games MONOPOLY and YAHTZEE, which it will bring to market in 2016 and 2017.

About Yu-Gi-Oh!
The Yu-Gi-Oh! animated franchise, with over 650 episodes, consists of the original Yu-Gi-Oh!, Yu-Gi-Oh! GX, Yu-Gi-Oh! 5D’s, Yu-Gi-Oh! Zexal, and the newest edition Yu-Gi-Oh! ARC V, and has been translated and broadcast in 65 countries on many of the top leading networks. The legendary Yu-Gi-Oh! brand emerged from a manga in 1996, and was catapulted into the lives of children worldwide through a hit TV series and wildly popular trading card game. With 25 BILLION cards sold, it holds the Guinness World Record for the Best-Selling Trading Card Game.

About USAopoly
Creating popular board games since 1994 USAopoly, Inc. is a leading specialty market game manufacturer offering the world’s best-known games (licensed from the Entertainment & Licensing Division of Hasbro) and an innovating game developer of original games including Telestrations®, Tapple®, Reverse Charades®, Wonky™ and Lift it!™. For more information about all USAopoly games, visit our website: usaopoly.com.

The MONOPOLY name and logos are trademarks of Hasbro. The distinctive design of the gameboard, the four corner squares, the MR. MONOPOLY name and character, as well as each of the distinctive elements of the board and playing pieces, are trademarks of Hasbro, Inc. for its property trading game and game equipment. ©1935, 2015 Hasbro, Pawtucket, RI 02862. All Rights Reserved.

About 4K Media
4K Media Inc., a wholly owned subsidiary of Konami Digital Entertainment, Inc., manages the Yu-Gi-Oh! franchise outside of Asia. 4K Media handles brand management, licensing and marketing of Yu-Gi-Oh!, as well as the production and distribution of the Yu-Gi-Oh! television series. The Yu-Gi-Oh! animated franchise, with over 650 episodes, consists of the original Yu-Gi-Oh! ,Yu-Gi-Oh! GX, Yu-Gi-Oh! 5D’s, Yu-Gi-Oh! Zexal and the new series, Yu-Gi-Oh! Arc-V. The series have been translated and broadcast in 65 countries on leading networks. The Yu-Gi-Oh! website is available at http://www.yugioh.com

About Hasbro
Hasbro (NASDAQ: HAS) is a global company committed to Creating the World’s Best Play Experiences, by leveraging its beloved brands, including LITTLEST PET SHOP, MAGIC: THE GATHERING, MONOPOLY, MY LITTLE PONY, NERF, PLAY-DOH, TRANSFORMERS, and premier partner brands. From toys and games, television programming, motion pictures, digital gaming and a comprehensive lifestyle licensing program, Hasbro fulfills the fundamental need for play and connection for children and families around the world. The Company’s Hasbro Studios creates entertainment brand-driven storytelling across mediums, including television, film and more. Through the company’s commitment to corporate social responsibility, including philanthropy, Hasbro is helping to build a safe and sustainable world and to positively impact the lives of millions of children and families every year. Learn more at http://www.hasbro.com and follow us on Twitter (@Hasbro & @HasbroNews).