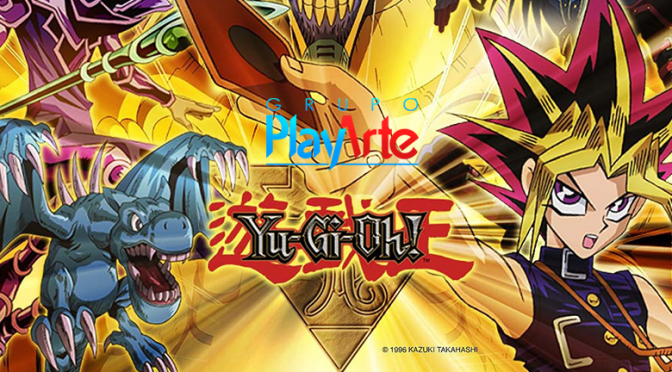 NEW YORK – May 4, 2016 – 4K Media Inc., the Konami Digital Entertainment, Inc. subsidiary that manages the licensing and marketing of the Yu-Gi-Oh! brand, today announced it has entered into an agreement with Play Arte Pictures Entretenimento Ltda. to bring the complete first two seasons of “Yu-Gi-Oh! Duel Monsters,” the original animated series that spawned the global entertainment phenomena, to home video enthusiasts throughout Brazil.

The series is set to launch on DVD in the second semester of 2016 in Brazil and will feature a dubbed Portuguese Brazilian version, as well as the original Japanese version.

“We are very excited to partner with 4K Media to launch the Yu-Gi-Oh! franchise into Brazil’s vibrant home video market,” commented Mari Kodama, Acquisition Manager at Play Arte Pictures. “’Yu-Gi-Oh! Duel Monsters‘ is a highly coveted anime property and we’re delighted to be working together.”

When “Yu-Gi-Oh! Duel Monsters” is brought to home video audiences in Brazil this year, consumers will be introduced to Yugi and his best buddies, as well as the game that they are passionately playing, Duel Monsters! The card-battling game has players pit different mystical creatures against one another in creative and strategic duels. Packed with awesome monsters and mighty spell cards, this game has Yugi and his friends totally obsessed. But there’s more to it than meets the eye!

About Play Arte
Play Arte Pictures is a leading independent Brazilian distributor. Since its formation in the 1980s, Play Arte, headquartered in São Paulo, has continually expanded its catalog, which now encompasses theatrical movies from different companies such as Summit/Lionsgate, Blumhouse, IM Global, etc. and TV series such as “The Walking Dead” and “Orange is the New Black,” among many others, developing a specialty in anime, among other film genres. The company also owns more than 60 movie screens in São Paulo and Manaus.