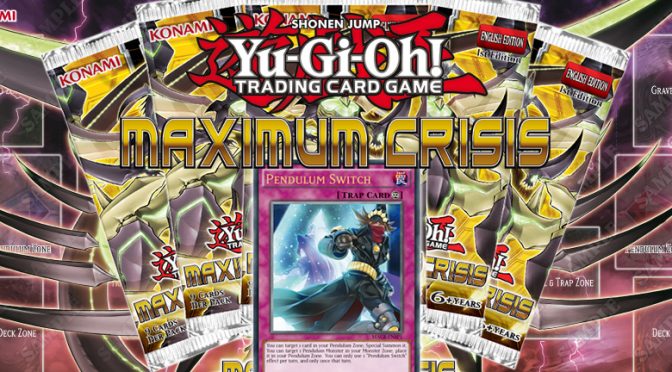 The Yu-Gi-Oh! TRADING CARD GAME REACHES MAXIMUM CRISIS, AS DIMENSIONS COLLIDE IN MAY

Konami and their official tournament store partners will be hosting a sneak peak this weekend to preview Maximum Crisis.

El Segundo, Calif. (April 24, 2017) – This May, Konami Digital Entertainment, Inc. (KONAMI) helps Yu-Gi-Oh! TRADING CARD GAME players get Duel-ready with the release of two exciting new products: the Maximum Crisis booster set introduces a host of new themes and cards for players of all skill levels, and in Duelist Pack: Dimensional Guardians, familiar faces emerge from the past to join the heroes of Yu-Gi-Oh! ARC-V on a quest to reach their home dimension. 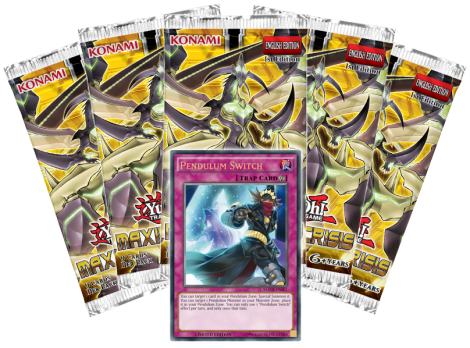 Duelists prepping to be in top game-form for summer tournaments and casual play can get a Sneak Peek at the Maximum Crisis booster set April 29 and/or 30 before it officially releases May 5. 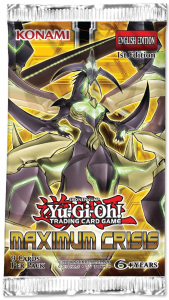 This all-new 100-card booster set is the climax of the 2016-2017 Dueling season, introducing three new themes as well as bold new cards for a wide variety of popular Decks like Performapal, Speedroid, Phantom Knights, Zoodiac, and more. Pendulum Summoning will undergo its final evolution in Maximum Crisis with a pair of Pendulum Monsters with Scales of 0 and 13, opening up the ability to Pendulum Summon monsters of any Level in any Deck! Ash Blossom & Joyous Spring grants powerful new negation effects; and the long-awaited True Dracos finally make their arrival. Dragonic Diagram is a tremendous new Field Spell that boosts the ATK and DEF of all “True Draco” and “True King” monsters, protects them from destruction, and even searches them from your Deck. Combined with the True Kings from Raging Tempest and The Dark Illusion, it’s a must-run for new strategies built with Dinosmasher’s Fury Structure Deck. Maximum Crisis contains 100 cards: 48 Commons, 20 Rares, 14 Super Rares, 10 Ultra Rares, and 8 Secret Rares. MSRP: $3.99 per pack. 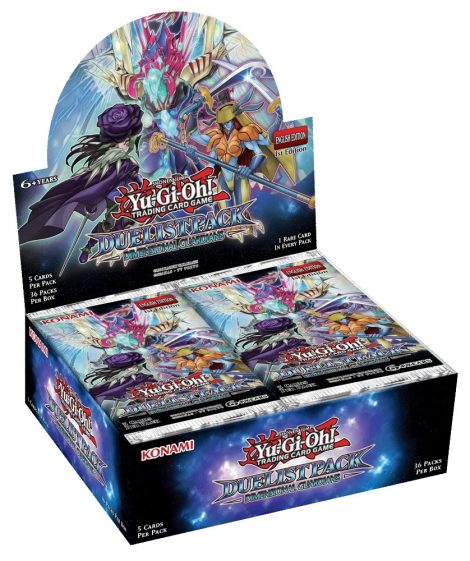 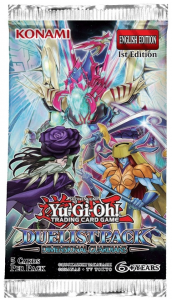