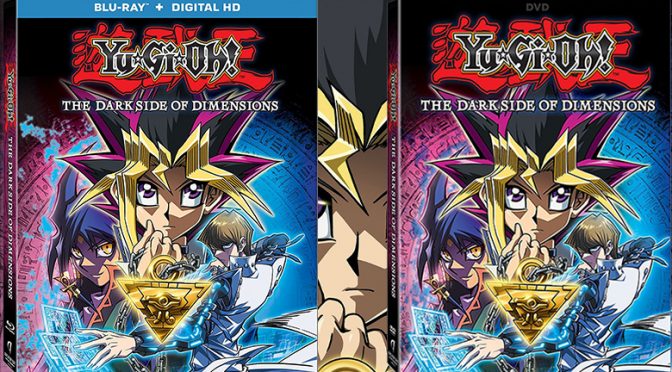 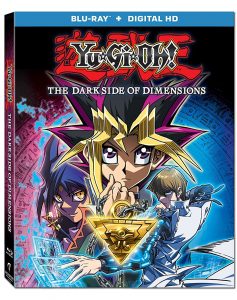 Anchor Bay Entertainment announced yesterday that it will release Yu-Gi-Oh! The Dark Side of Dimensions on home video this summer. First up is a digital HD version of the movie slated for June 13. Then, the Blu-ray and DVD versions will hit store shelves on June 27. Both the English and Japanese versions of the movie are included.

Yu-Gi-Oh! The Dark Side of Dimensions was first released to celebrate the franchise’s 20th anniversary and in the film, we saw creator Kazuki Takahashi bring back the franchise’s iconic characters such as Yugi Muto and Seto Kaiba.

“In Yu-Gi-Oh! THE DARK SIDE OF DIMENSIONS, the stakes have never been higher; the rivalries never as fierce; the risks never so great. One wrong move—one card short—and it’s game over for good. A decade in the making, Yu-Gi-Oh! THE DARK SIDE OF DIMENSIONS features new designs and an all-new story from the original creator of the global phenomenon, Kazuki Takahashi. His masterful tale features anime’s most beloved characters in their long-awaited return: Yugi Muto, Seto Kaiba and their faithful friends Joey Wheeler, Tristan Taylor, Téa Gardner and Bakura. It’s the most highly anticipated re-YU-nion ever!”

Click on image below to pre-order the home video on Amazon.com 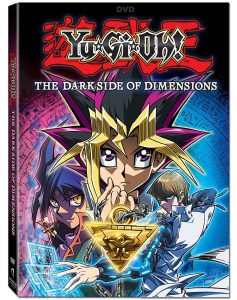