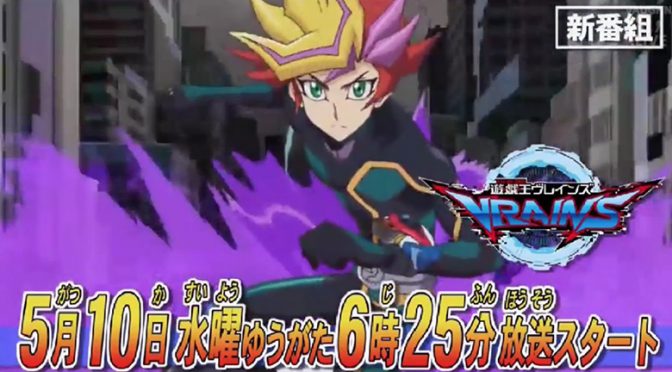 This weekend the company behind the series revealed some new details on the upcoming story and episodes coming soon.

In addition to the information details on the new characters, there was also summaries released for episode 2 and 3 of the first season.

Episode 2 “Catch the Wind! Storm Access” summary:
“Yusaku managed to capture the mysterious lifeform as he chases after the Knights of Hanoi. In order to defeat them, he logs into the VR Space network, Link VRAINS, as Playmaker. He commenced a Duel, holding the lifeform as a hostage. However, the lifeform predicted that “Yusaku can’t win with his deck,” and performed a certain action..”

Episode 3 “First Contact” and is summary:
“Yusaku begins to examine the information hidden in the mysterious lifeform. Meanwhile, after his Duel against the Knights in the network, he became famous as the hero who saved Link VRAINS. Learning that the lifeform is with Playmaker, SOL Technology sets up an operation to capture it..”