WHO WILL EMERGE AS BATTLE CITY CHAMPION?... Read More 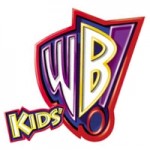 Kids’ WB!, the #1 broadcast network for kids, is gearing up for the new 2005-2006 season with a special early treat for its viewers. The network will debut the exclusive U.S. premiere of Yu-Gi-Oh! Grand Championship, the much-anticipated fifth season of the white-hot anime-hit series, beginning Saturday, August 27, airing at 8 a.m. ET (7 a.m. PT) and 11 a.m. ET (10 a.m. PT).... Read More

This October, Cartoon Network will premiere the next chapter in 4Kids Entertainment’s successful dubbing of the Yu-Gi-Oh! Franchise, Yu-Gi-Oh! GX.... Read More

The Official Yu-Gi-Oh Site has updated the site with a Yu-gi-oh GX Overview.

Years in the future, in a land inaccessible to the rest of the world, is the premiere dueling high school Duel Academia! This special boarding school educates promising young duelists to achieve their full potential. However, little do people realize that one of the greatest duelists of all time is about to arrive in the incoming class…... Read More

New full color volume captures all the action from the feature film based on wildly popular kid’s series.
VIZ, LLC, one of the leading publishers and distributors of manga and anime for North American audiences, has announced the upcoming release of YU-GI-OH! THE MOVIE ANI-MANGA. 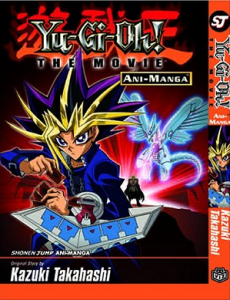 Prepare for battle as “Yu-Gi-Oh! The Movie” arrives on DVD and VHS from Warner Home Video (WHV) November 16. This animated film is based on the Japanese comic book, number one television series, video game franchise and trading card game that began as the brainchild of manga artist/writer Kazuki Takahashi.... Read More

Just announced a few days ago on TVTokyo, Yu-Gi-Oh! Duel Monsters anime series (遊☆戯☆王デュエルモンスターズ Yūgiō Dyueru Monsutāzu) will finally end. With only 2 more episodes to air, the story finally has come to close. The story of Yugioh Duel Monsters end in Episode 224 (which will air soon on TVTokyo). However, the artist Mr. Takahashi, isn’t gonna let this series go! There is a new saga of Yugioh on the way! However, this new saga has nothing to do with it’s past series – DUEL MONSTERS.... Read More 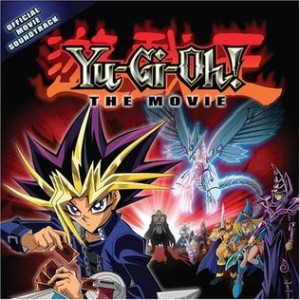